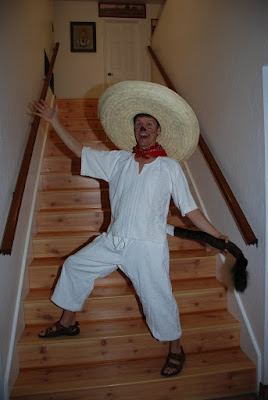 Meditation on a morning run:

1. Name/define the goal/dream.
2. Desire.
3. Confidence or Courage.
4. Discipline.
Sent from the field.

When I was a young man, I had the svelte body of an athlete ... 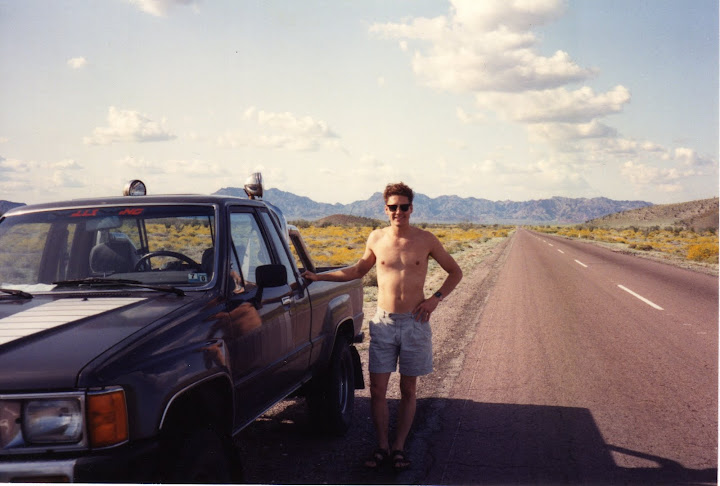 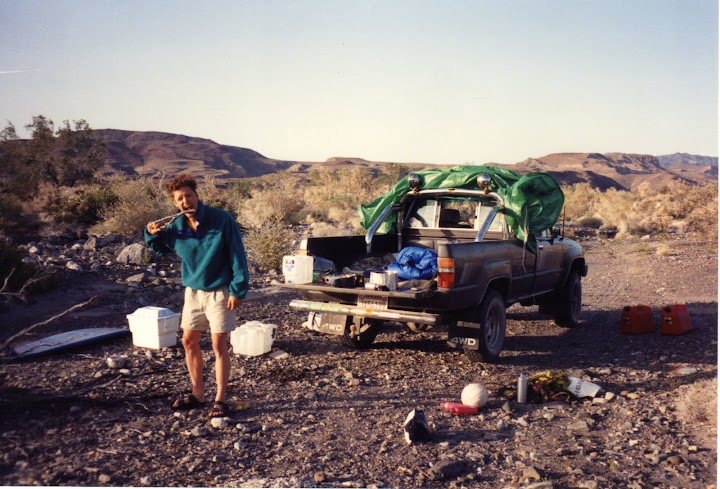 and I took pretty girls on dangerous adventures to wild, remote places (where there were no toilets) ... 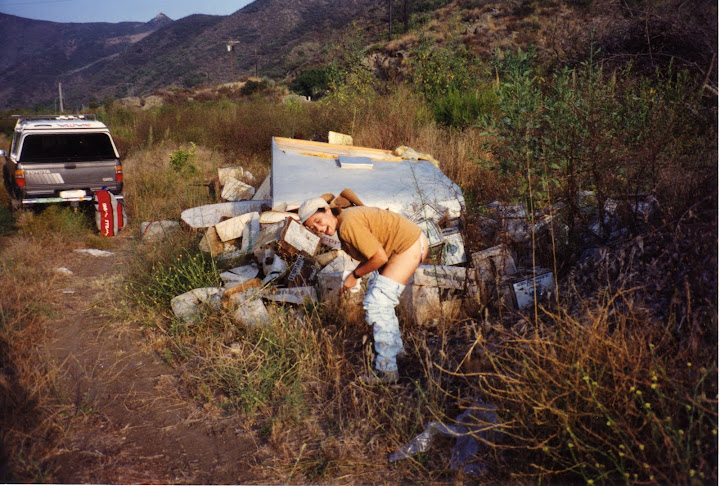 and my vehicle of exploration was the most fantastic Toyota 4x4 pickup truck. From the desert beaches of Bahia San Luis Gonzaga, Baja California Sur, to the hang glider launch at King Mountain, Idaho, my beloved truck carried me to my most precious memories.

I have been accurately diagnosed as a puer aeternus, a man with difficulty letting go of the paradise of childhood, Antoine de Saint Exupéry's "Little Prince." Venturing forth in my truck to explore some uncivilized place, to climb a remote granite upheaval, to fling myself off a mountain in my hang glider, to kayak around an island in the Sea of Cortez, was the adrenaline that made my bourgeois professional life bearable, and my truck was integral to my lifestyle, my very identity.

In 93, my poor little truck was very tired. I had driven a gazillion miles over unbelievable - a reasonable person would say "impassable" - terrain. The motor leaked and burned oil and the timing chain rattled like marbles in a can. I had the reasonable idea to put a new motor in the truck, but somehow, once I started the motor replacement project, I became obsessed. The goal went from motor replacement to building the ultimate exploration vehicle.

In 1990, there was an episode of the Simpsons where Bart and Homer went to a coliseum monster truck show to see the ultimate monster truck, "Truckasaurus." My project henceforth became known as The Truckasaurus Project. I own another 4x4, a Toyota 4Runner, that became known as "Junkasaurus" because it too shows the abuse of hard use, though I prefer Angel's more accurate nickname, "El Confiable" - Old Reliable.

When I moved to Tucson in 95, I bought a house and became a householder. Truckasaurus sat in my garage for the next 14 years while all my time and money went into my house. Not surprisingly, my wild adventures of exploration became fewer and farther between until I became a veritable homebody, only leaving the house to go to Home Depot or to work.

I recently paid off my mortgage and most of my home improvement projects are drawing to a close. Liberated from my monthly mortgage payments, I decided it was time to finish Truckasaurus, but I knew I would not have the time to do the work myself, so I decided to pay a mechanic to finish the project for me. We are two months and thousands of dollars into the project and while it makes no financial sense whatsoever, - I could buy a new truck and fix it up cheaper than what Truckasaurus is going to cost - finishing Truckasaurus will be good for my soul. I can already feel the wanderlust building and I am daydreaming of new adventures.

We added a snorkel through the wide flare fenders. 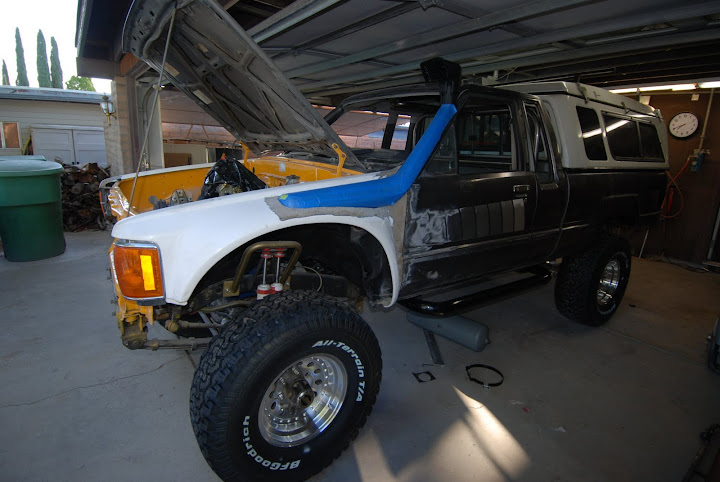 A Buick 231 cubic inch (3.8 liter) vee six with throttle body fuel injection powers a Chevy 700 R4 automatic transmission, a 4:1 Marlin Crawler gear reducer, and the 2.3 Toyota transfer case. The ring and pinions are 5.29's. Detroit Locker in the rear, Lockrite in the front. 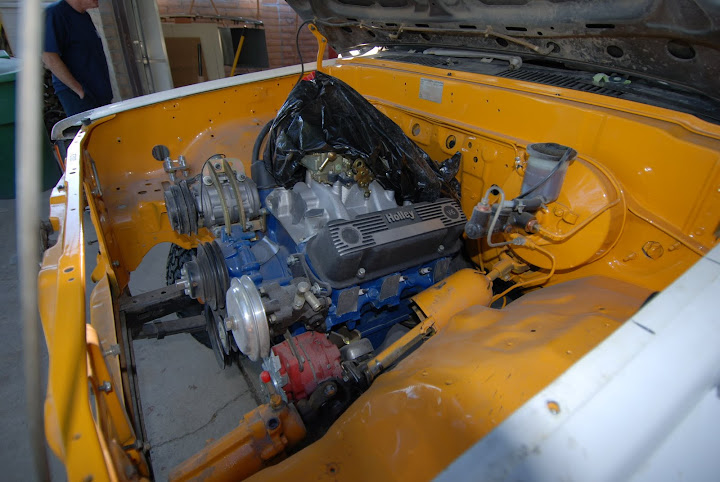 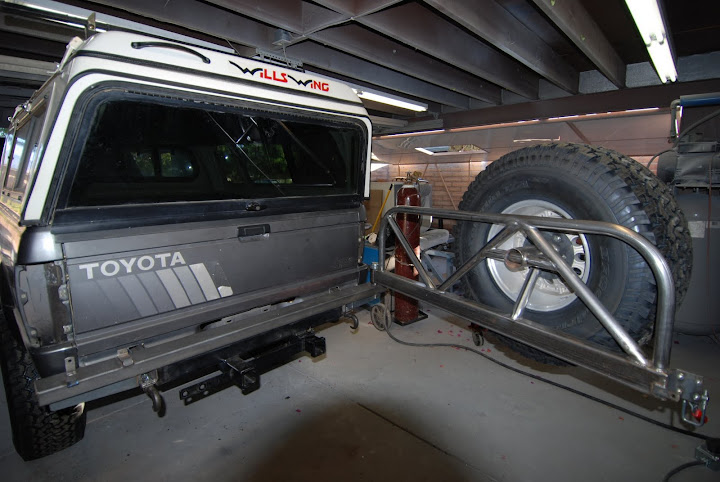 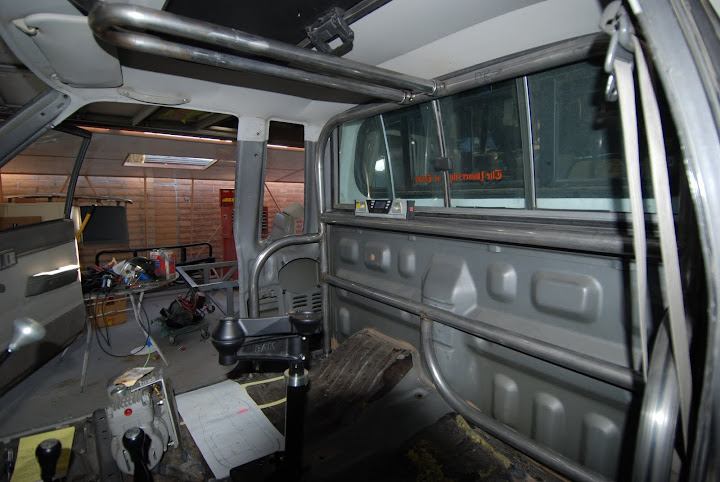 The cab will be beautiful soon. 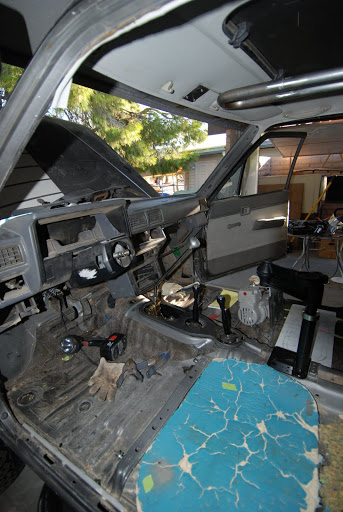 So "Truckasaurus" has been a funny and appropriate name for the last 14 years, but once I realize the goal - the ultimate expedition vehicle - I don't want to christen my resurrected steed with a funny name. So I have been contemplating vehicle names:

Truckasaurus - Funny and appropriate for the last 14 years, but the finished truck will be a symbol of my explorer's soul, and I take that very seriously.

Jacaré - Jacques Cousteau had an amphibious yellow truck that he sent across Brazil when Calypso explored the Amazon. He named the vehicle "Jacaré," a Brazilian Portuguese word for an Amazonian crocodile.

Garuda - The winged steed of Lord Vishnu. Perhaps a more appropriate name for the ultralight airplane I hope to buy soon.

At the moment, I am inclined toward Borrego Cimarrón, though it is a long and complicated name, especially for gringos. 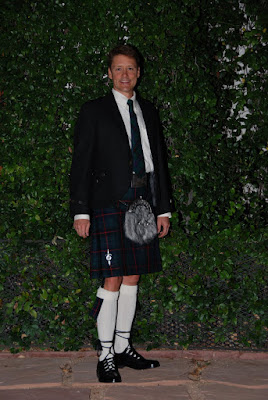 This may explain my propensity for drinking and fighting.
2 comments

Being good and being close to God are very separate experiences. There are many good people who obey all the rules and follow all the laws, and yet they are far from God. And there must be profligate sinners that are in intense, intimate relationship with God. So what is ultimately important? Being good? Or being in relationship with God?

And is this simply dramatic vocabulary for a choice between serving the collective (being good) and serving the self (being close to God)? Because what is "being in relationship with God" if not "realizing one's true self"?
Sent from the field. 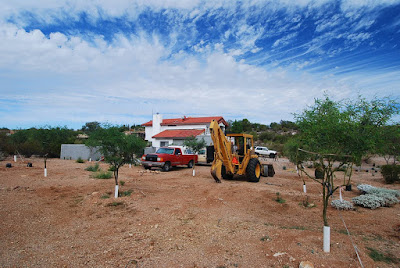 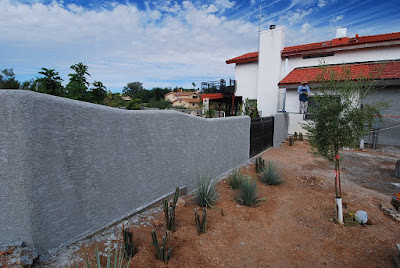 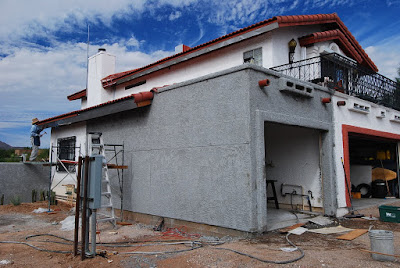 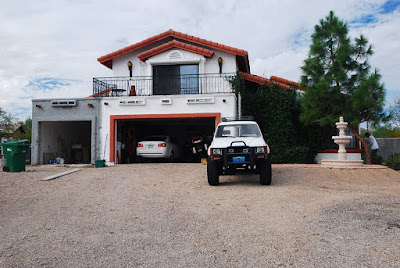 View from the street. 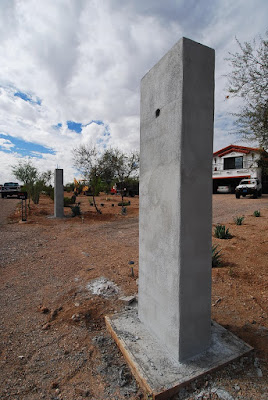 Entry columns. Make me want to beat my neighbors with a bone. (I've recently come to realize that my humor is too sophisticated, at least, that's the excuse I'm using to explain why no one laughs at my jokes. So beating neighbors with a bone is a reference to the opening scene of 2001: A Space Odyssey, the monolith, ... If you still don't get it, try this: