My business partner's gift to me

I went to the zendo this morning for sutra chanting and zazen. Some lines from Torei Zenji's Bodhisattva's Vow on the usefulness of abuse struck me as particularly relevant:

That very abuse conveys the Buddha's boundless loving-kindness. It is a compassionate device to liberate us entirely from the mean-spirited delusions we have built up with our wrongful conduct from the beginning-less past. With our open response to such abuse we completely relinquish ourselves, and the most profound and pure faith arises. At the peak of each thought a lotus flower opens, and on each flower there is revealed a Buddha. Everywhere is the Pure Land in its beauty. We see fully the Tathagata's radiant light right where we are.

Perhaps Janis Joplin sang it over the Coral Sea even more poetically:


That's Australia off our port side, Brisbane behind us, headed north to the Great Barrier Reef.

Dwight shared with me on the trip that his mother taught him that you can have security or you can have growth, but you can't have both simultaneously.

I've spent my adult life ranting against bourgeois sensibilities, disdaining the very comfort, convenience and security that I fearfully clung to, too much a coward to risk venturing down an unbeaten path. I was trapped in dualistic thinking just like Dwight's mother - I could follow my bliss, be an explorer/oceanographer, or I could have security. When my business partner made his pitch to me, what clinched the deal was "zero financial risk" to me. Of course in the end, it is I that am bearing the entire financial burden of other people's foolishness. I was ingenuous (GRE vocabulary!), I was ingeniously (alliteration!) manipulated by others, and I got screwed. But my screwing is also a compassionate device that has quite effectively liberated me from my attachment to my delusion of security. Freedom's just another word for nothin' left to lose.

Financing my business partner's supercharged Miyata, home improvements, European vacations, state of the art electronic equipment, and giving all my money to his creditors is just the cost of my liberation.

A condition of complete simplicity
(Costing not less than everything)

My father praises and compliments me (Thank you, Dad!) for being graceful and composed through this long, drawn out screwing, and for being patient with greedy, petty people. Part of my gracefulness and patience is my inheritance of my father's personality, and part of it is my focus on the gift of my liberation. There is opportunity in every crisis.

The Indiana Jones of Animal Conservation 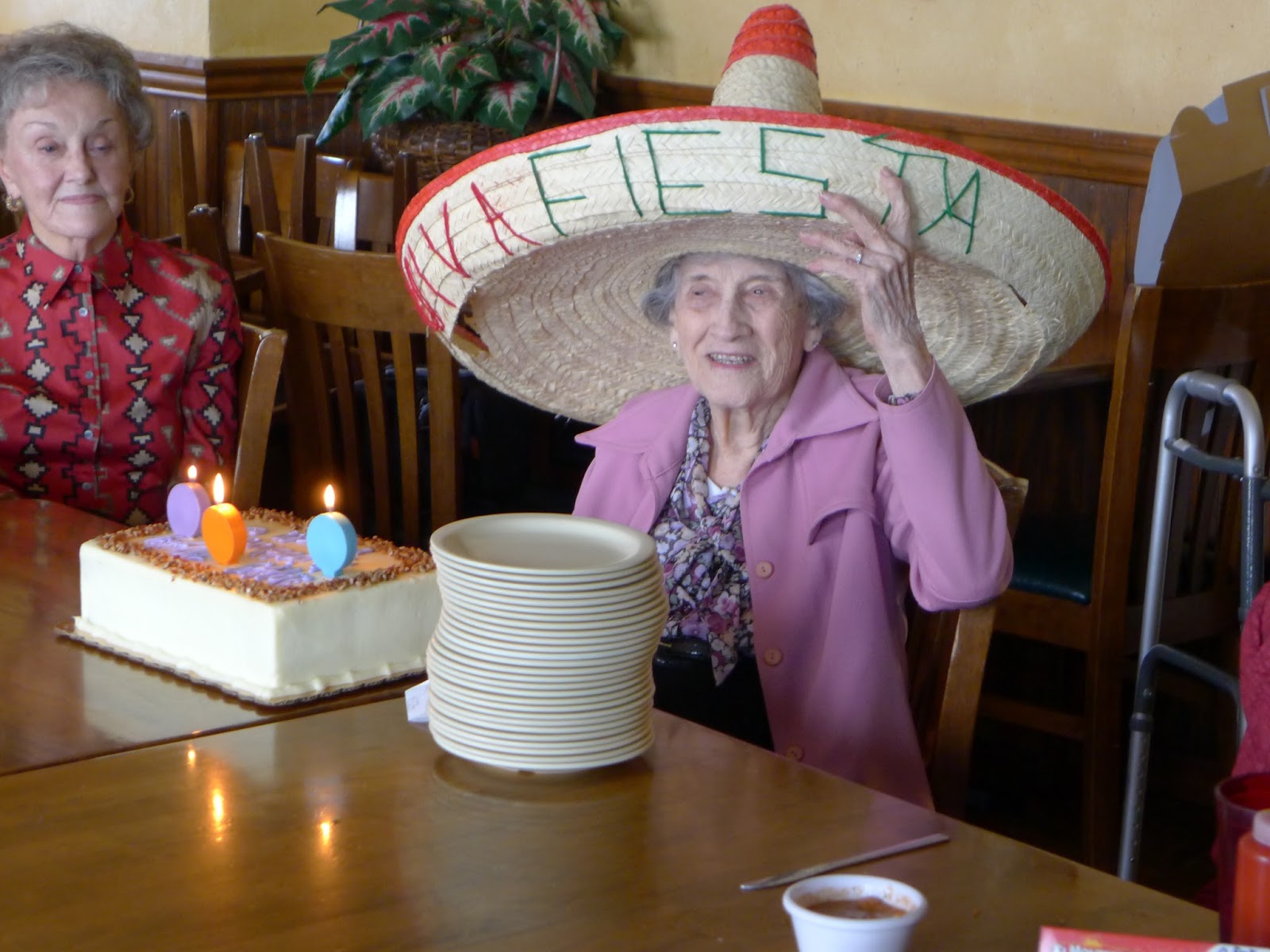 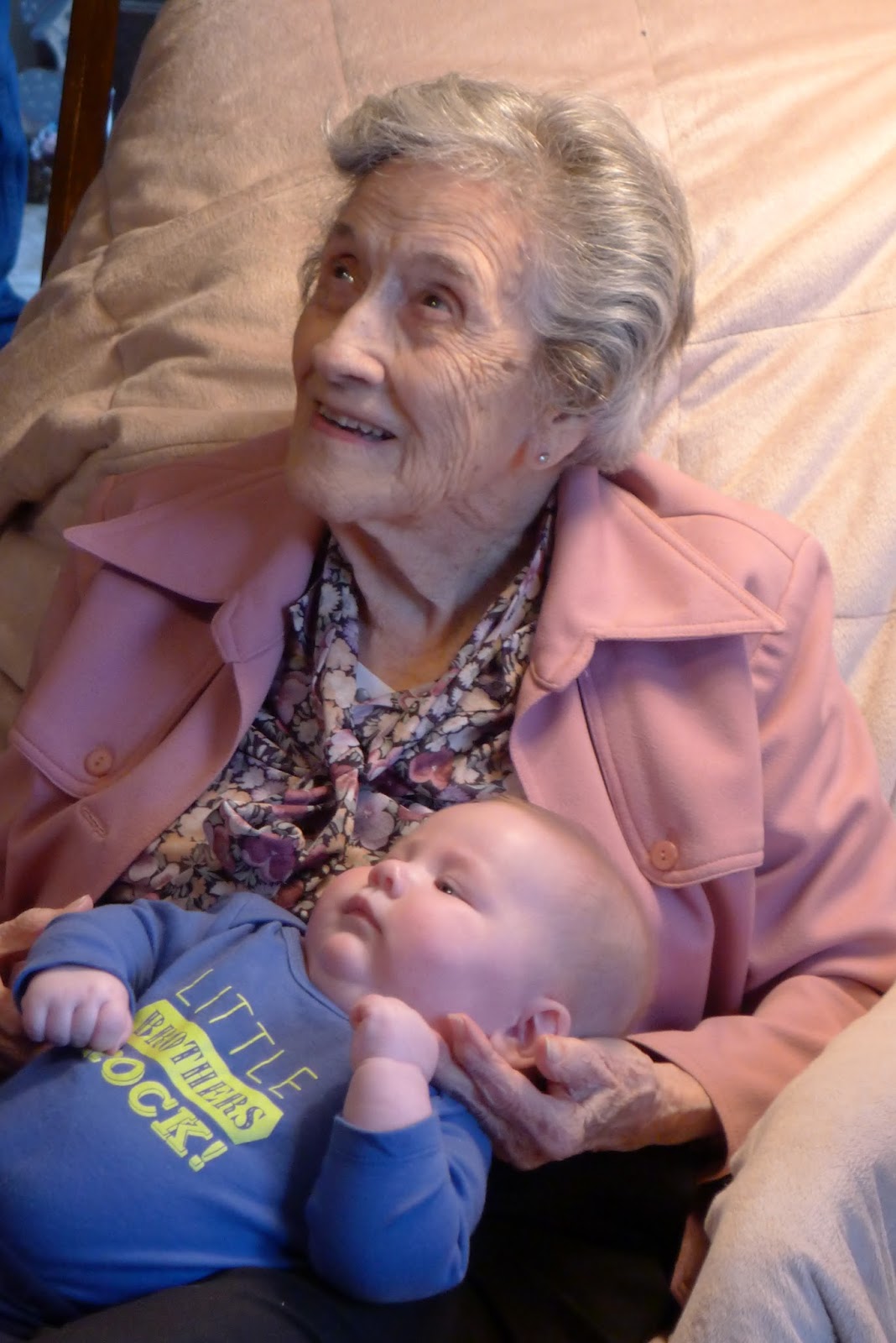 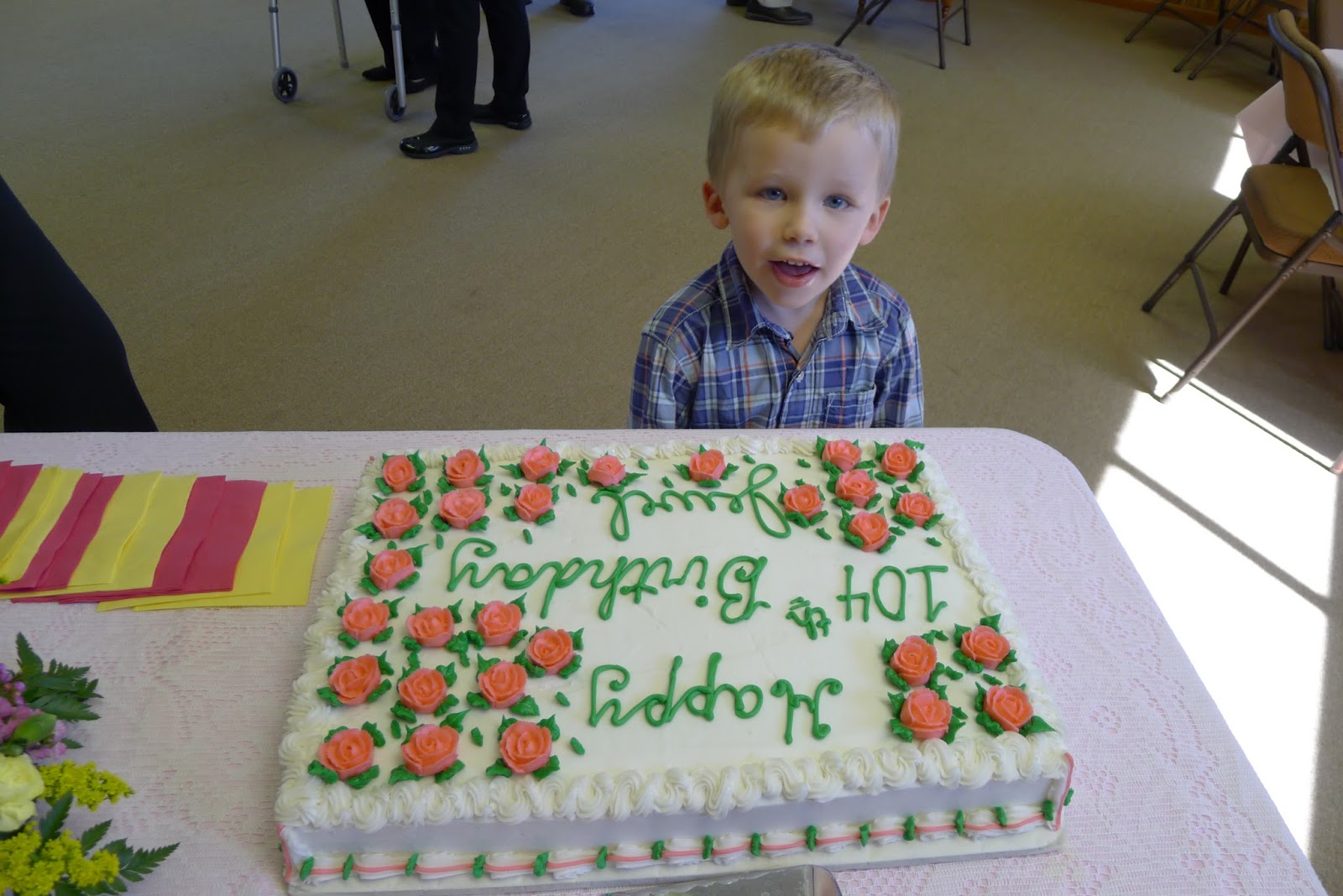 My family's great matriarch. She was a school teacher and her method of disciplining problem children was to love them until they behaved. 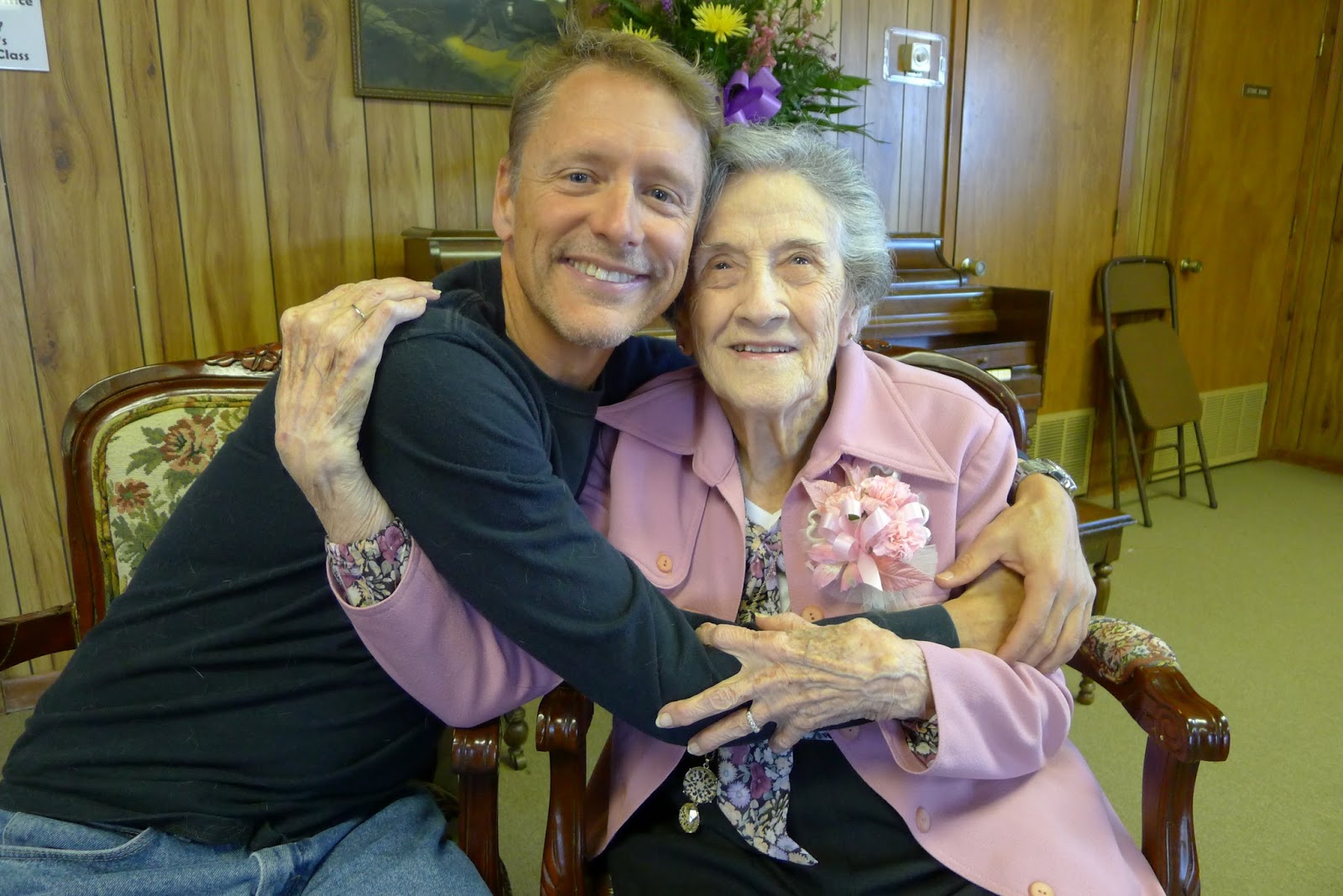 Jewell's method is perhaps the perfection of John Wesley's method. 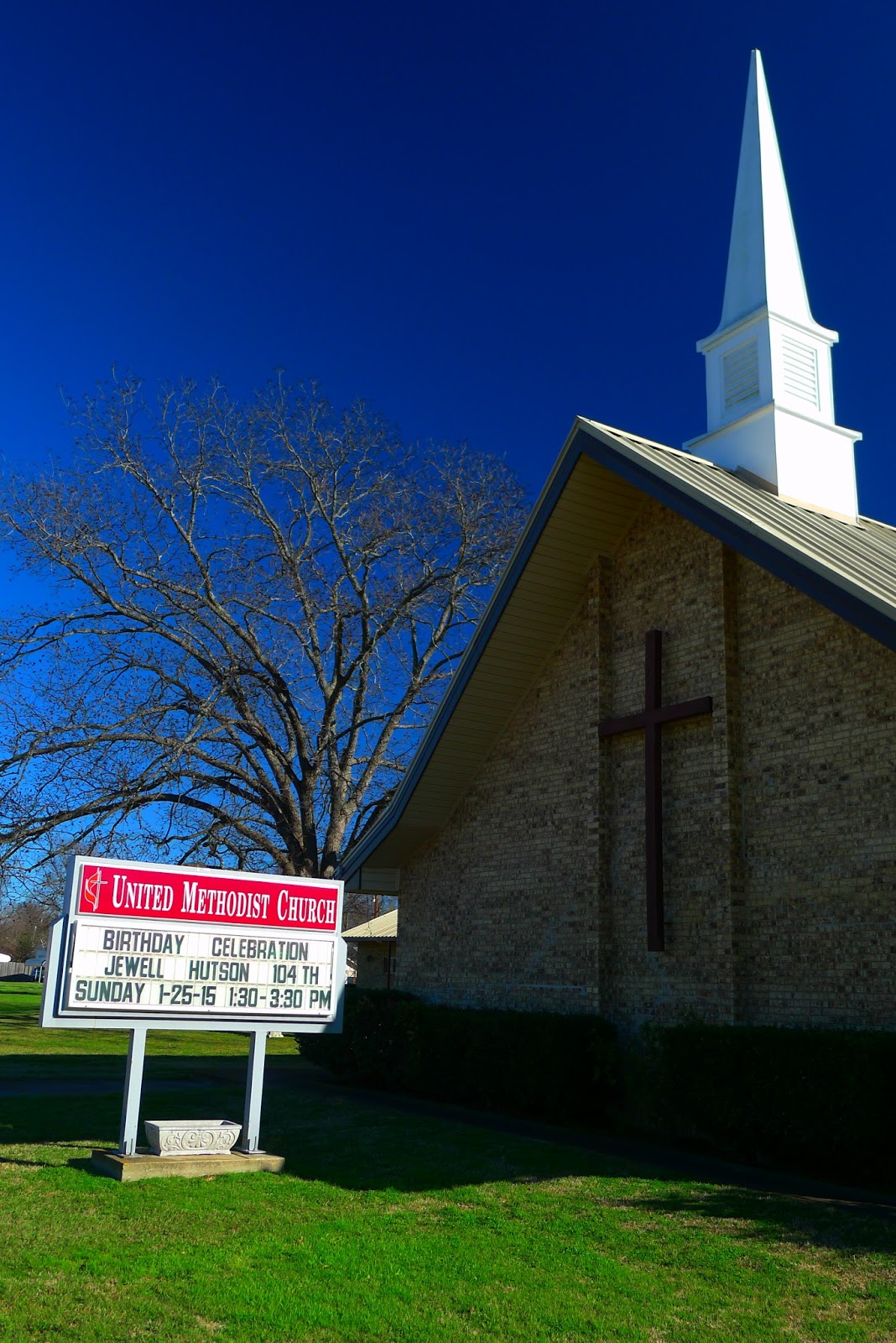 Where did we go? Or rather stop? 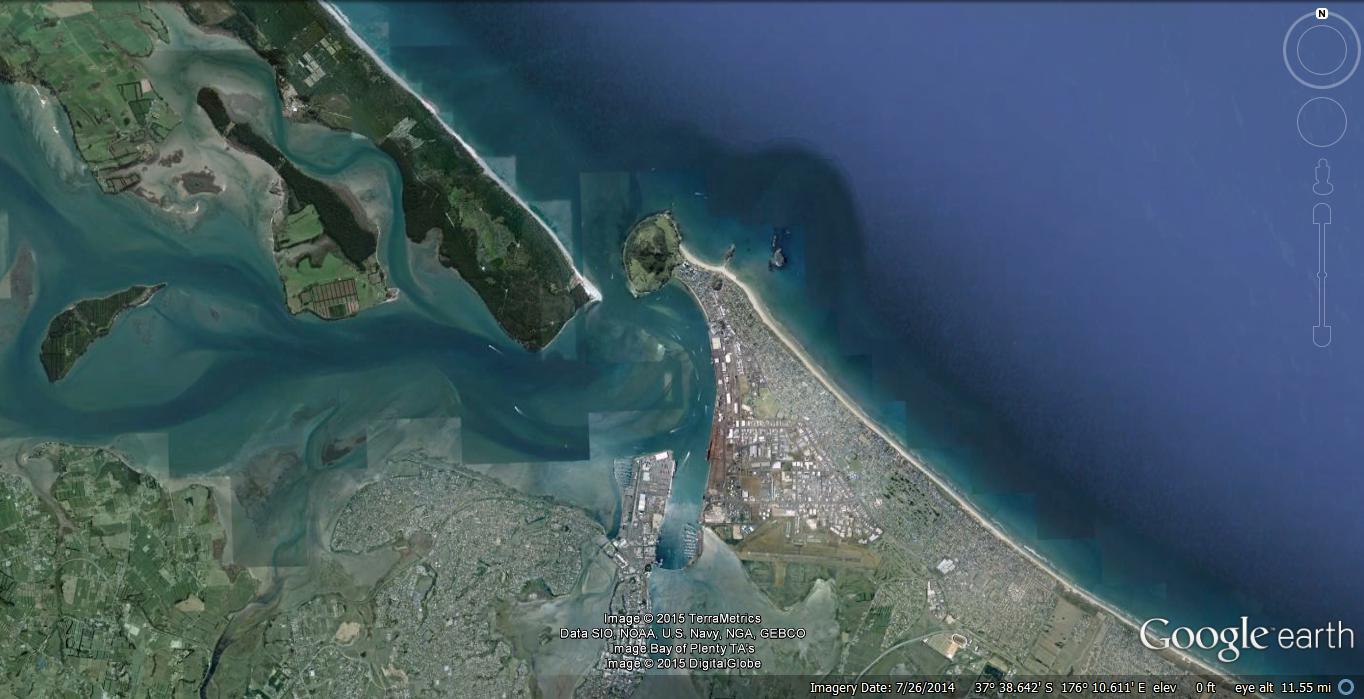 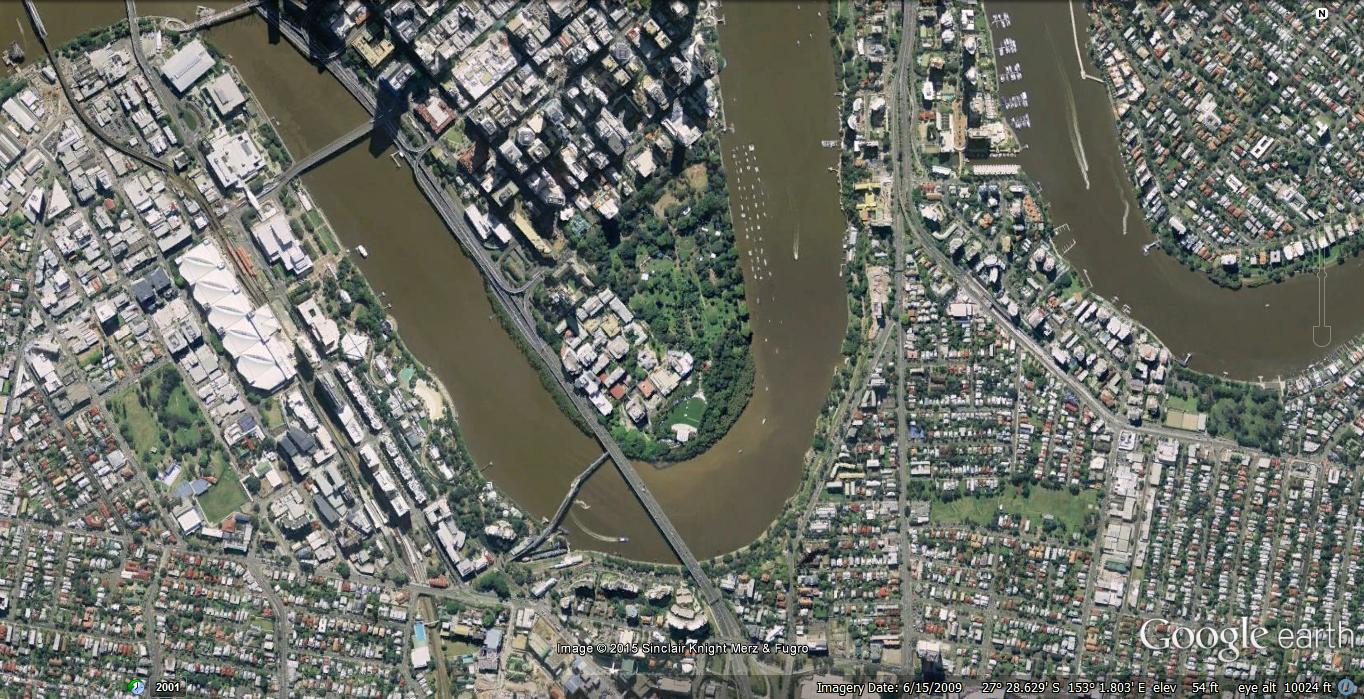 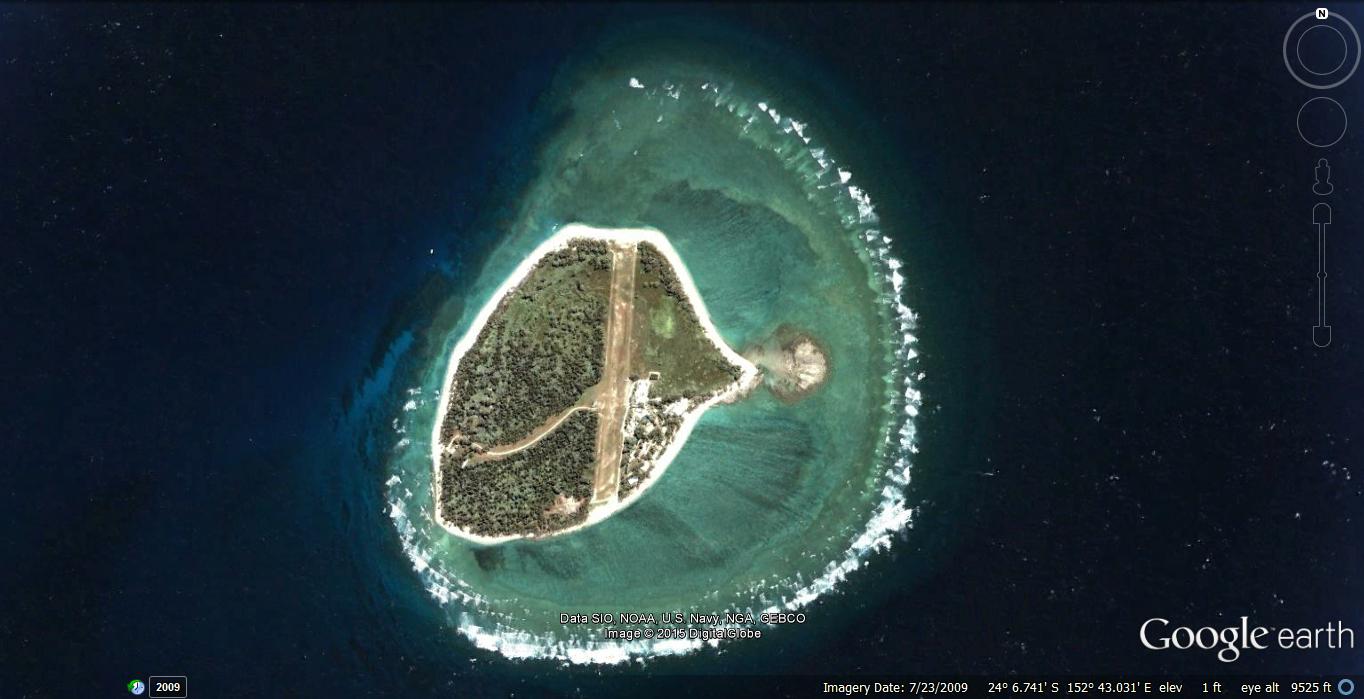 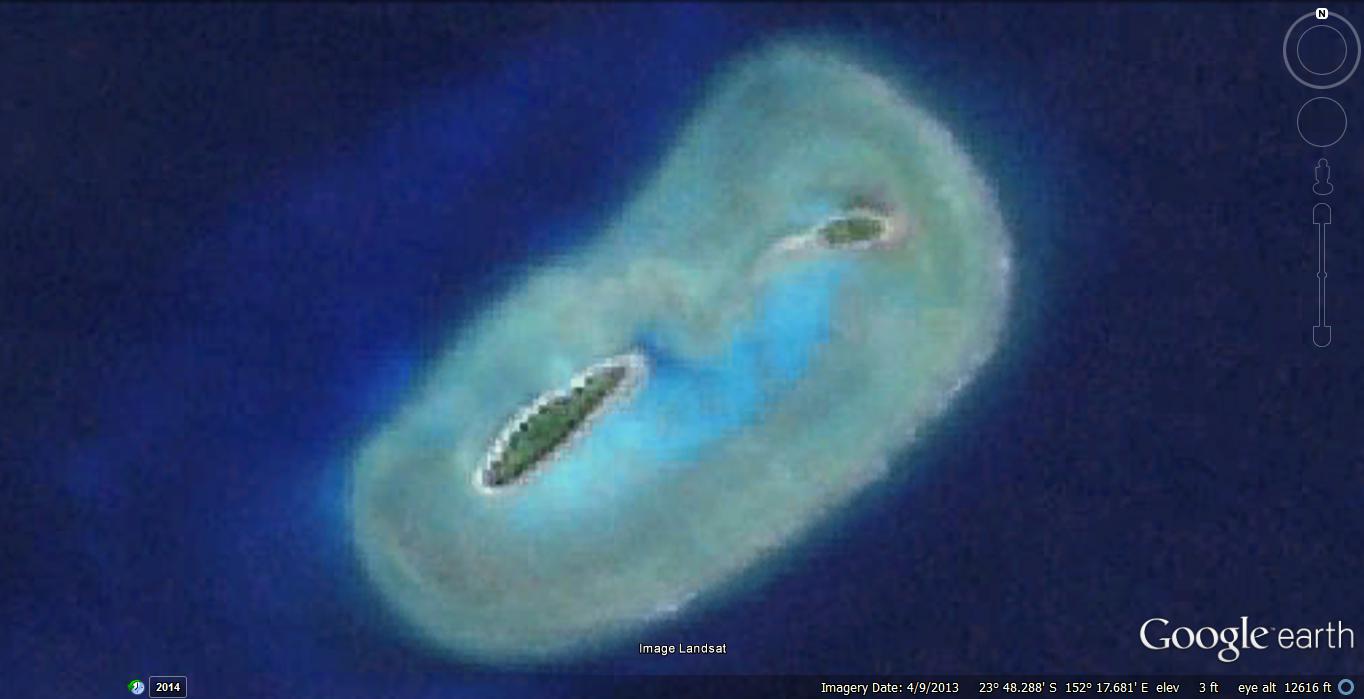 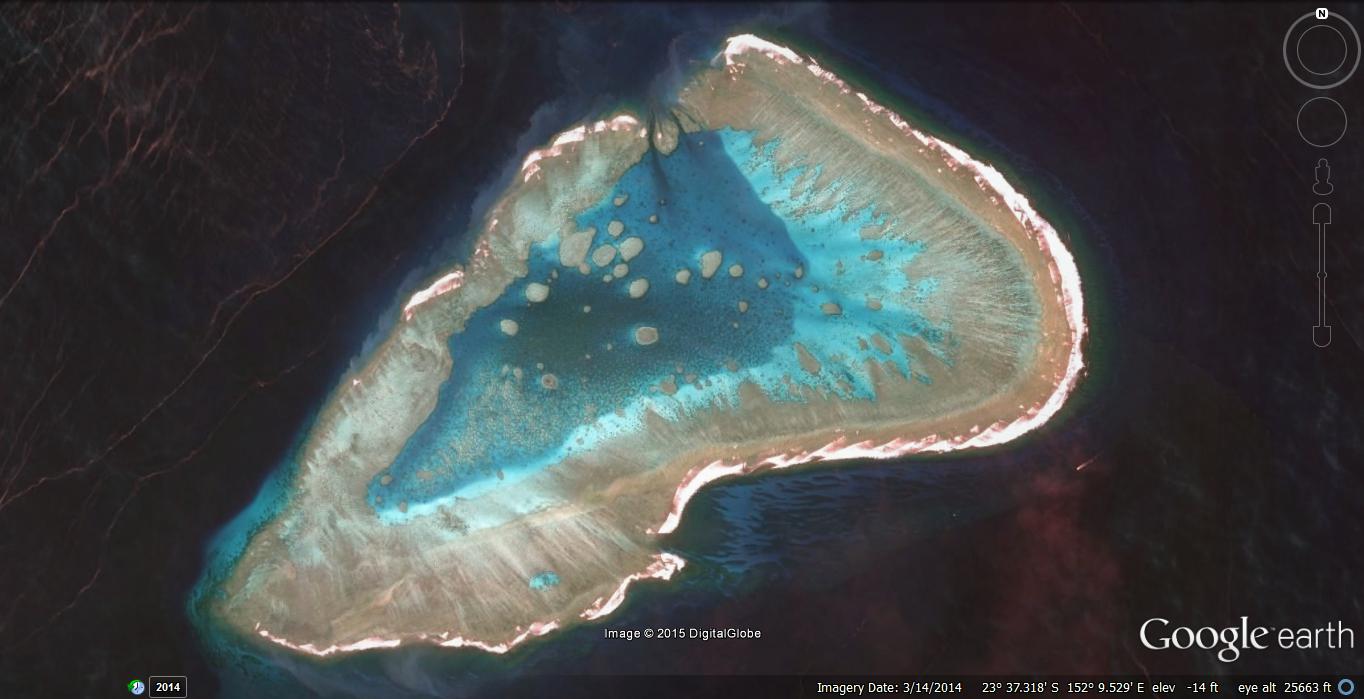 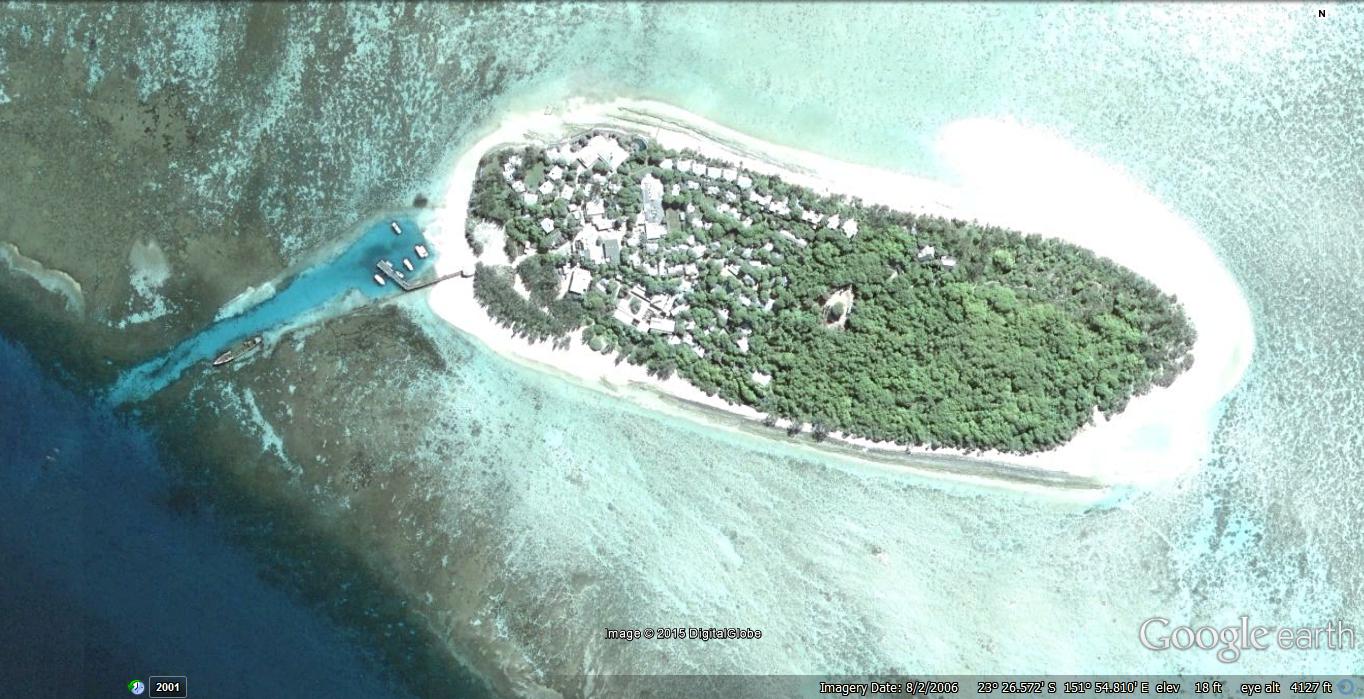 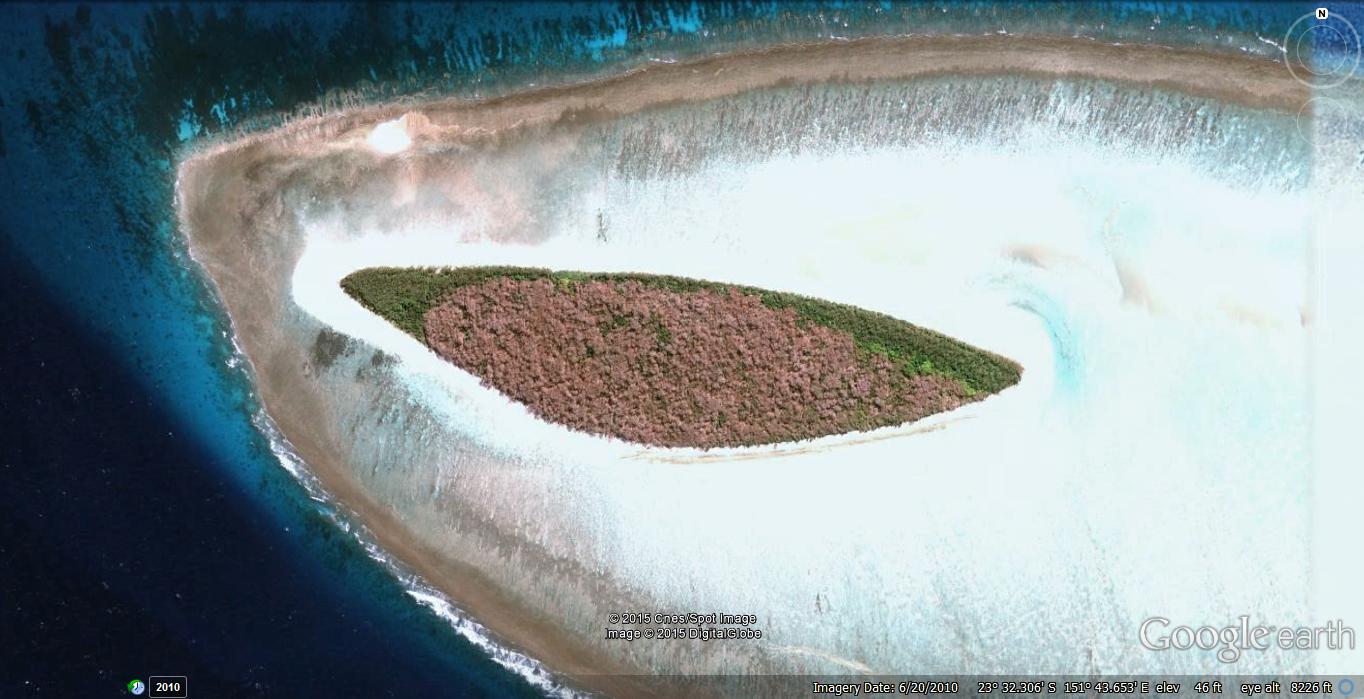 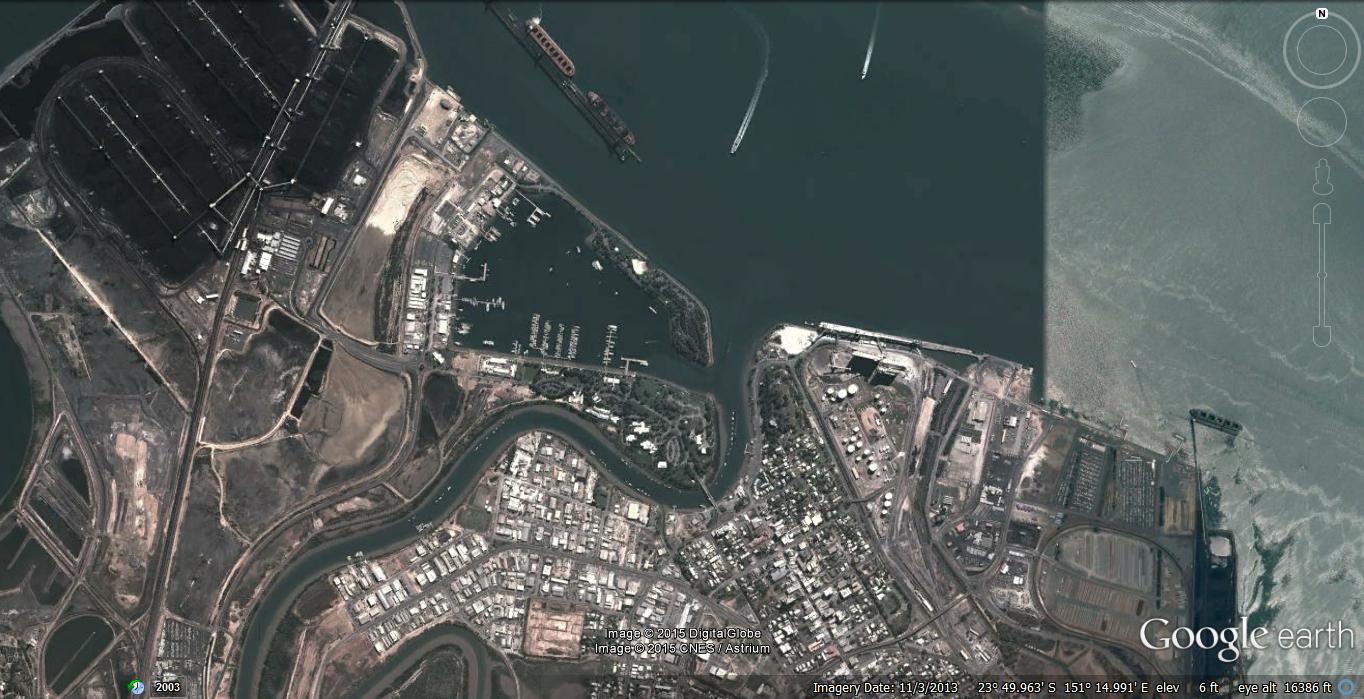 Highlights from the Great Barrier Reef


A few highlights from my week on the Great Barrier Reef:

1. Jumping in the water at Lady Musgrave Island. I did my best to not burn in the tropical sun - zinc oxide all over my face, a spandex shirt, knee length board shorts - and I did pretty well except for one small oversight. When I went swimming, as in long distance freestyle, my shirt rode up on my torso, and I was quite skinny by the time we got to the reef (I pretty much stopped eating for 2 weeks as we crossed the Tasman Sea because I was constantly on the verge of nausea from the motion) so my shorts barely hung on my non-existent butt, so I have a 2" horizontal burn stripe across my lower back. I can cover a lot of distance swimming, as opposed to snorkeling, so I went for long solo swims most everywhere we stopped. I missed my Hawaii swim buddy Ellen Argo.
2. School of fish. There was a huge flock of birds swarming just behind the boat so I stuck the camera in the water to see what the birds were feeding on - a school of fish.
3. Mama and baby dolphin swimming of the bow. Pods of dolphin visited us frequently, especially at dawn. They love to swim right at the bow of the boat. By the end of the trip, I had figured out how to hold the GoPro right on the skeg of the bow under the water line while moving 5 knots/hr., but when this baby visited us, my technique was a bit less refined, so the camera bounces in and out of the water. One night I was on watch, sitting at the helm. The moon was to starboard (the right) and cast a bright reflection over a large swath of roiling ocean. A pod of dolphin swam alongside for hours, their "blow" sounds and sleek black silhouettes a welcome distraction from the monotony of watch. I would often hear their sonar as I sat in the boat, so I suspect they were "looking" at (or perhaps through) the hull of the boat.
4. Eagle Ray. A big boy. I bet his wingspan was 6 feet.
5. Beautiful coral and a giant clam in fairly shallow water. I was swimming in goggles, so I couldn't equalize the airspace in front of my eyes, so I doubt I went much deeper than 10-12 feet.
6. Island Jungle. Few insects. Birds everywhere.
7. Sea bird. These guys do a great little dance. I don't know if it was a mating dance or a war dance. I tried to video it, but the lens on my GoPro is so wide, the birds came out too tiny. In the video you see here, the camera was handheld  literally a few inches from the bird.
8.  Stag horn coral and a black tip reef shark. When we arrived at the Great Barrier Reef, the first thing we had to do was drop anchor. We wanted to drop anchor over sand, so as to not destroy any coral, so I jumped in to the water to look for a big sandy spot. This was the first time I had been in the water on the trip. I jumped in, put my face in the water and looked down. The first thing I saw was a 12 foot reef shark and I thought "Holy $&!#, what have I jumped into." The shark you see in the video is probably 6 foot tip to tail.
9. Now gimme some fin. Noggin. DUDE! (Ask your kids to explain.)
10.  Snorkeling reef canyons. I mounted the GoPro on a short gaff Dwight had for snagging mooring buoys and it worked quite well. I sandy bottom where the ray was resting was probably 40 feet down.
How long was I down? About a minute.
11. A very large, very old loggerhead turtle. This was the closest thing to a religious experience I had on the trip. I floated with this guy for half an hour
12. A fast, muscular dolphin off the bow.
13. Sting Rays in shallow water on a sandy bottom at Heron Island. With my mask and snorkel, I was able to study these fellows in great detail, especially the barbs on their tails. Yes, I was quite mindful of what happened to Steve Irwin.
14. Sting Rays from the kayak.
15.  A Shovelnose Ray or Guitarfish from the kayak. I chased this guy for half an hour and have quite a lot of footage of his distance shadow swimming away.
16. Turtle tracks on the beach at Mast Head Island. In the dark of night, female turtles slide themselves up the beach, dig a hole in the sand near the treeline, lay their eggs, bury their eggs, then slide back down the beach to the water. It was quite encouraging to see all the turtle tracks. I thought to carefully brush away sand to look at a clutch of eggs, but decided better to leave everything alone.

The music is "Surfin the Log" from Aboriginal group Yothu Yindi. I love the lyrics and the bass line.
4 comments

Dwight shaved his beard, supposedly so his mask wouldn't leak. The tropical heat may have had something to do with his decision. Perhaps also aesthetics and personal hygiene. 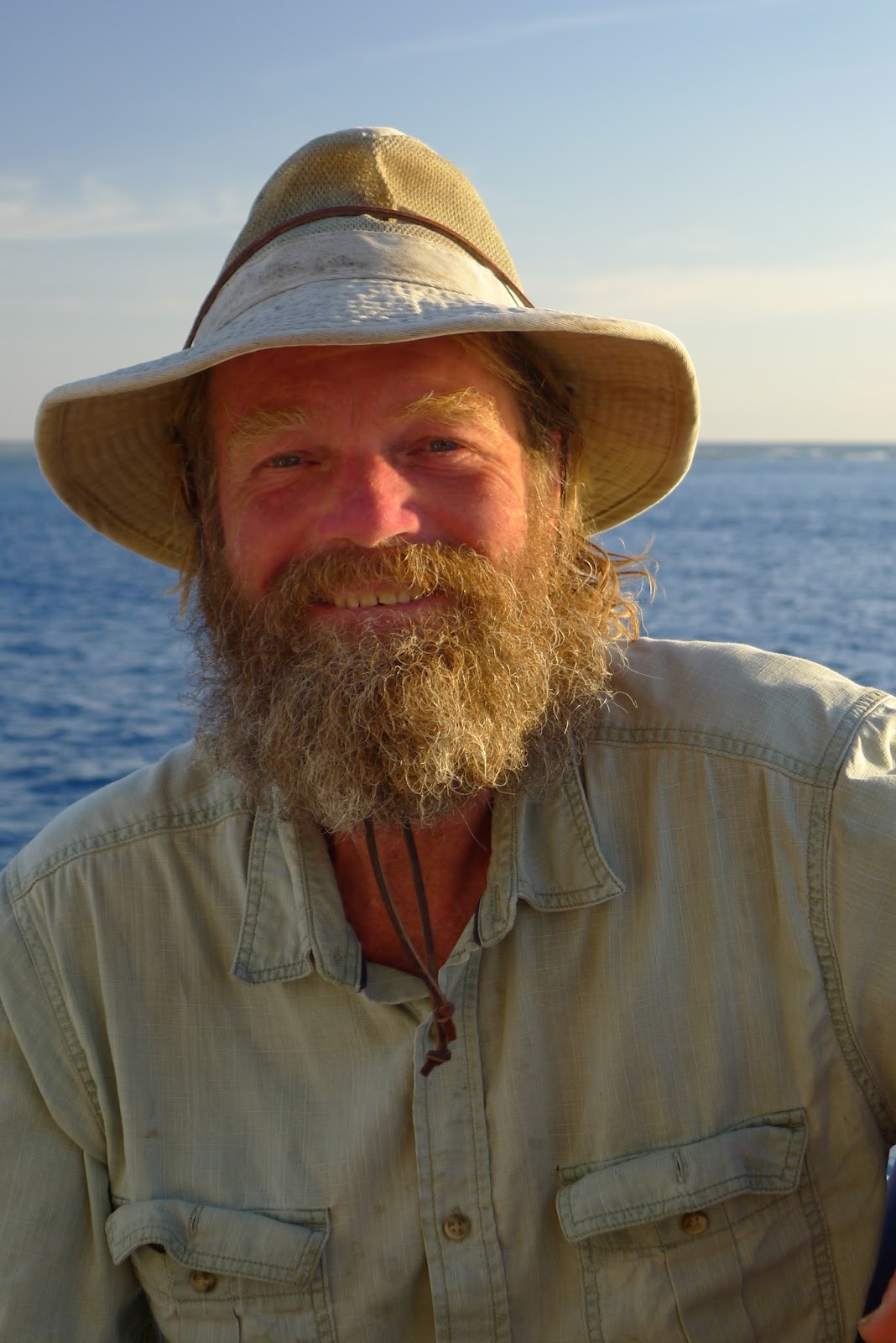 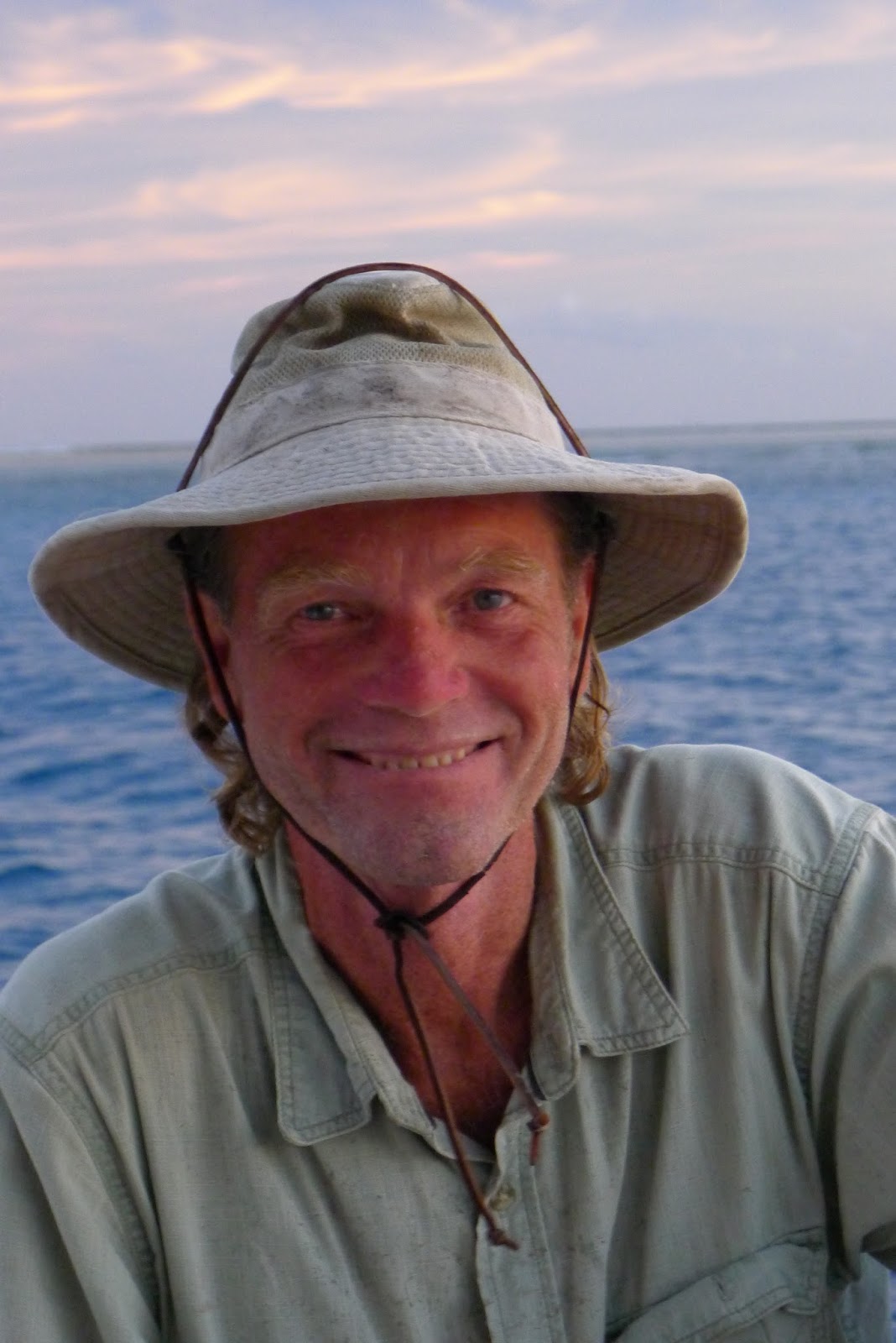 Home in a few days

After a week on the Great Barrier Reef, Dwight and I arrived in Gladstone, Australia today. I'll be on a train to Brisbane tomorrow, then spends Saturday with my friend Wendy that I worked with in Hawaii. I fly Brisbane to LAX on Sunday. I'll catch a Southwest flight to Tucson and be back at work on Monday the 19th.

The DeLorme InReach device worked so well, Dwight wants to keep it, so I'll be leaving it with him, so from this point forward, the map indicates Dwight's location, not mine.

Lots of experiences to interpret and relate, along with plenty of photos and video, but it will take a few days to put it together to post.
0 comments

Scenes other than horizon 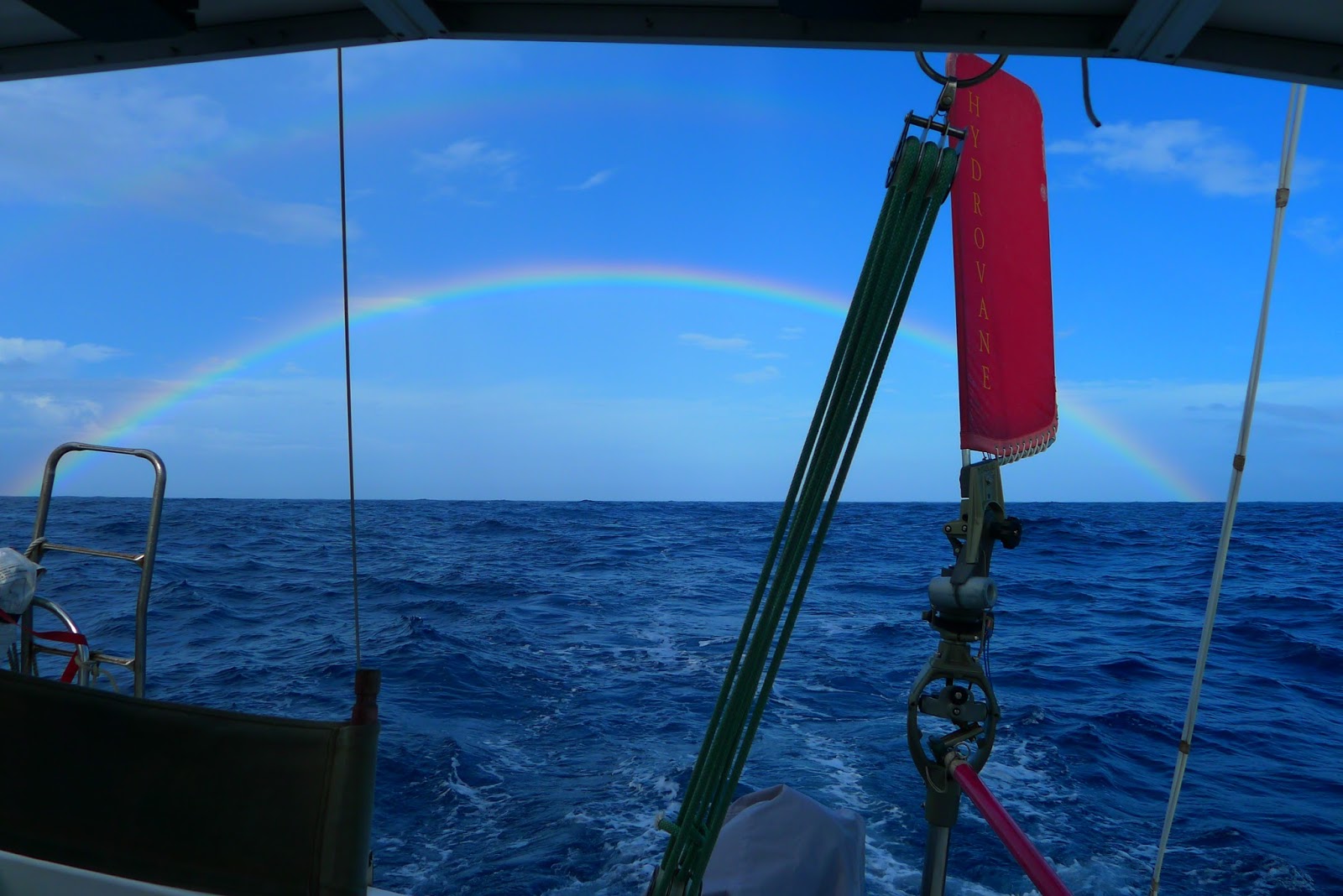 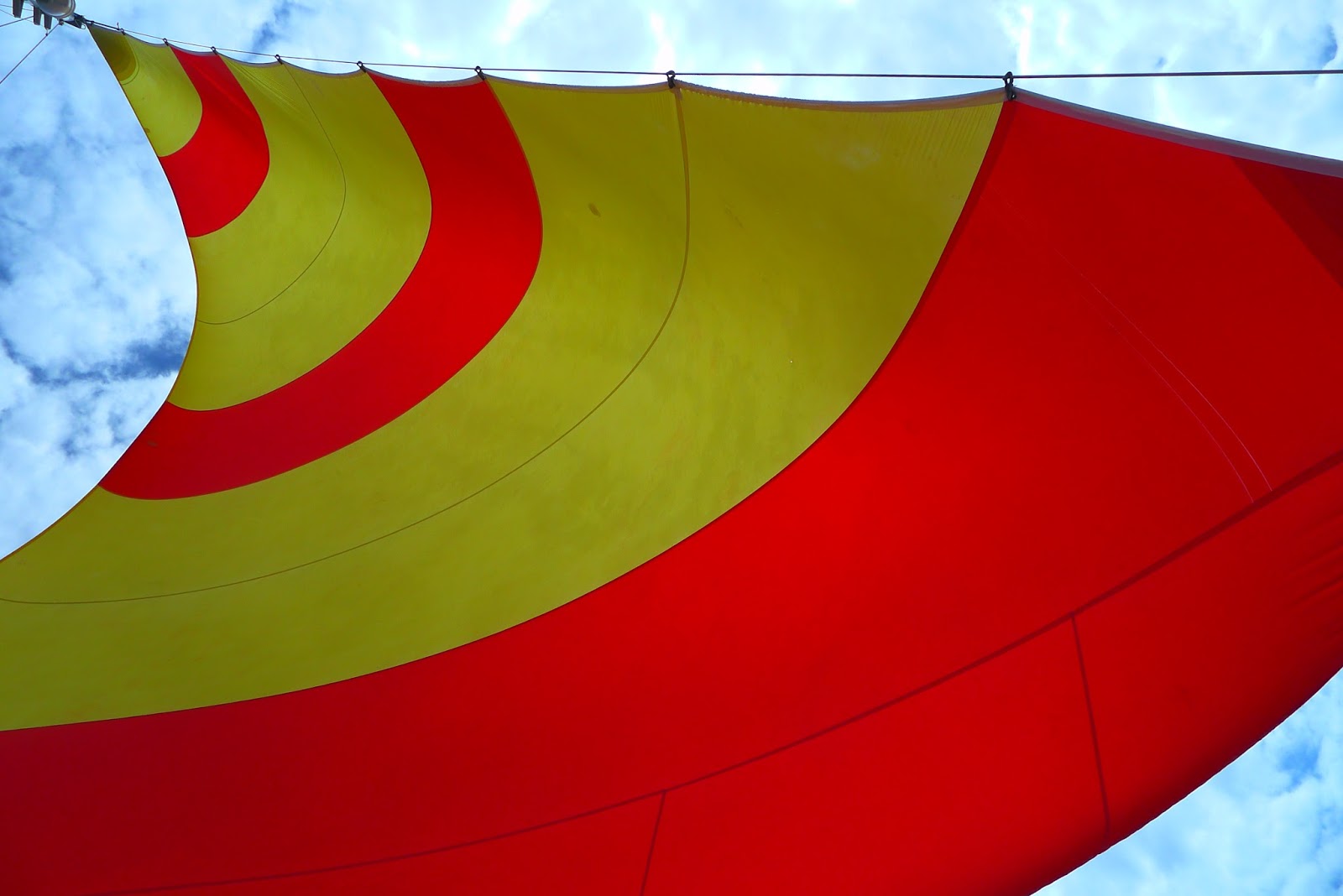 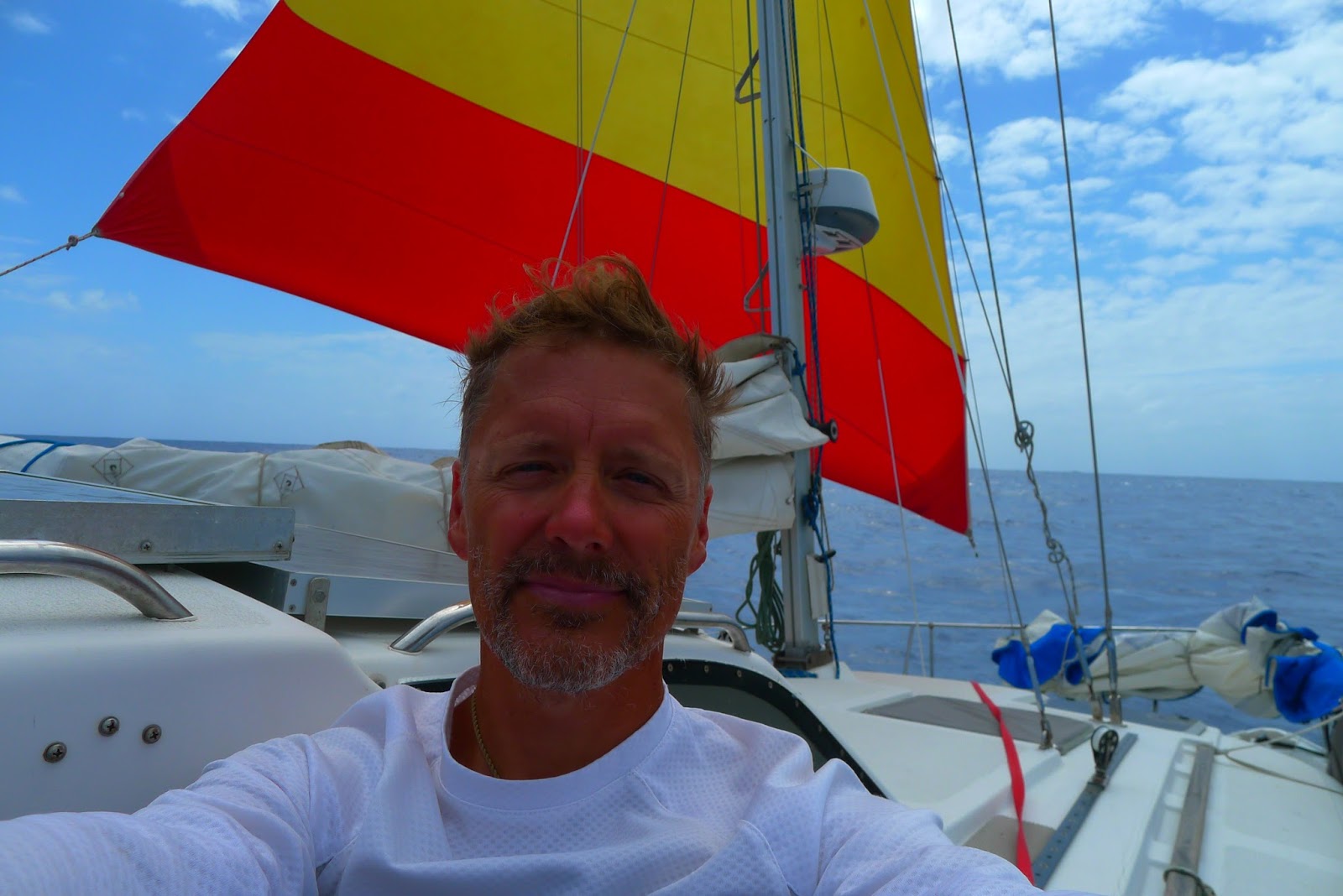 A morning visitation off the coast of New Zealand. Species Info. 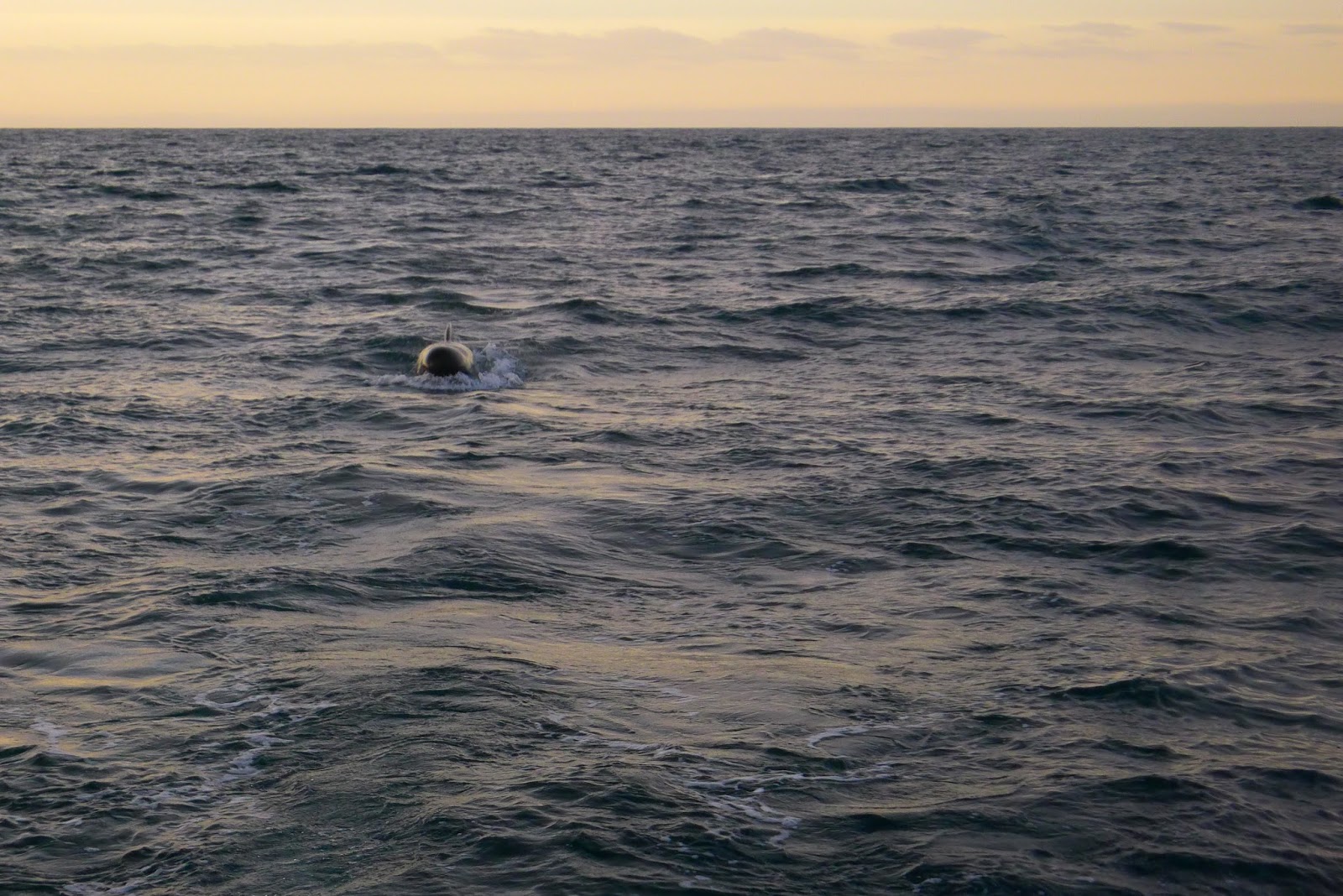 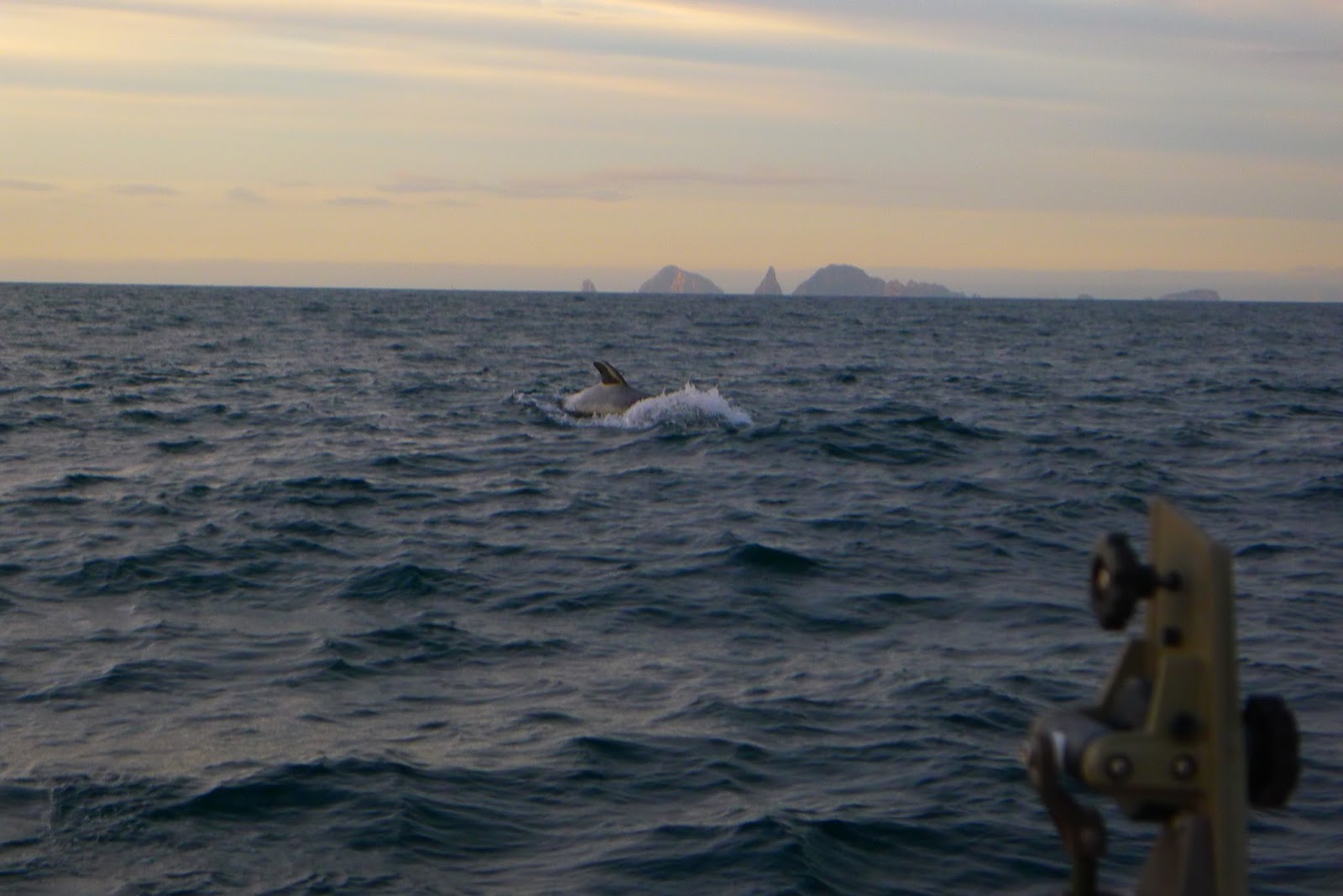 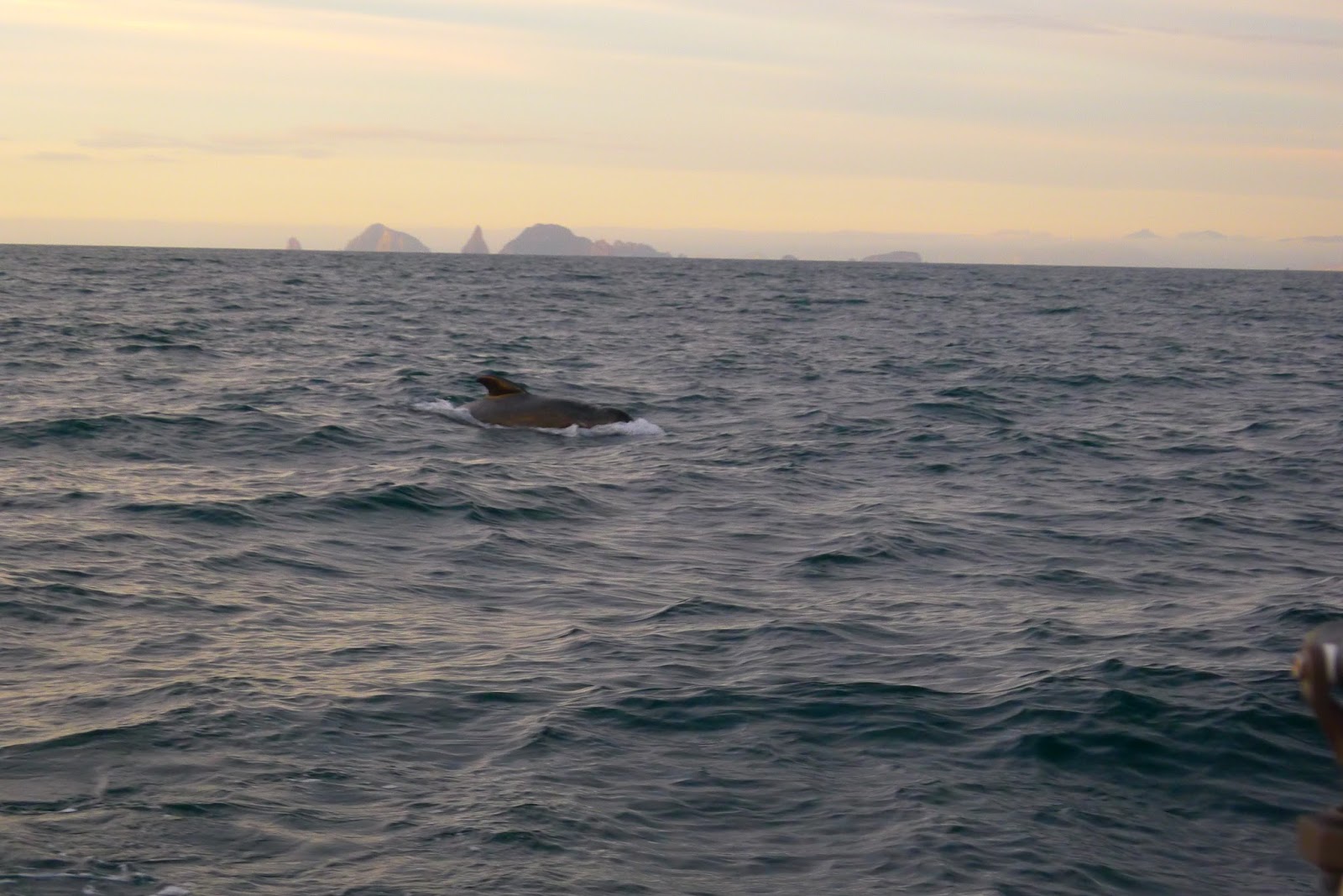 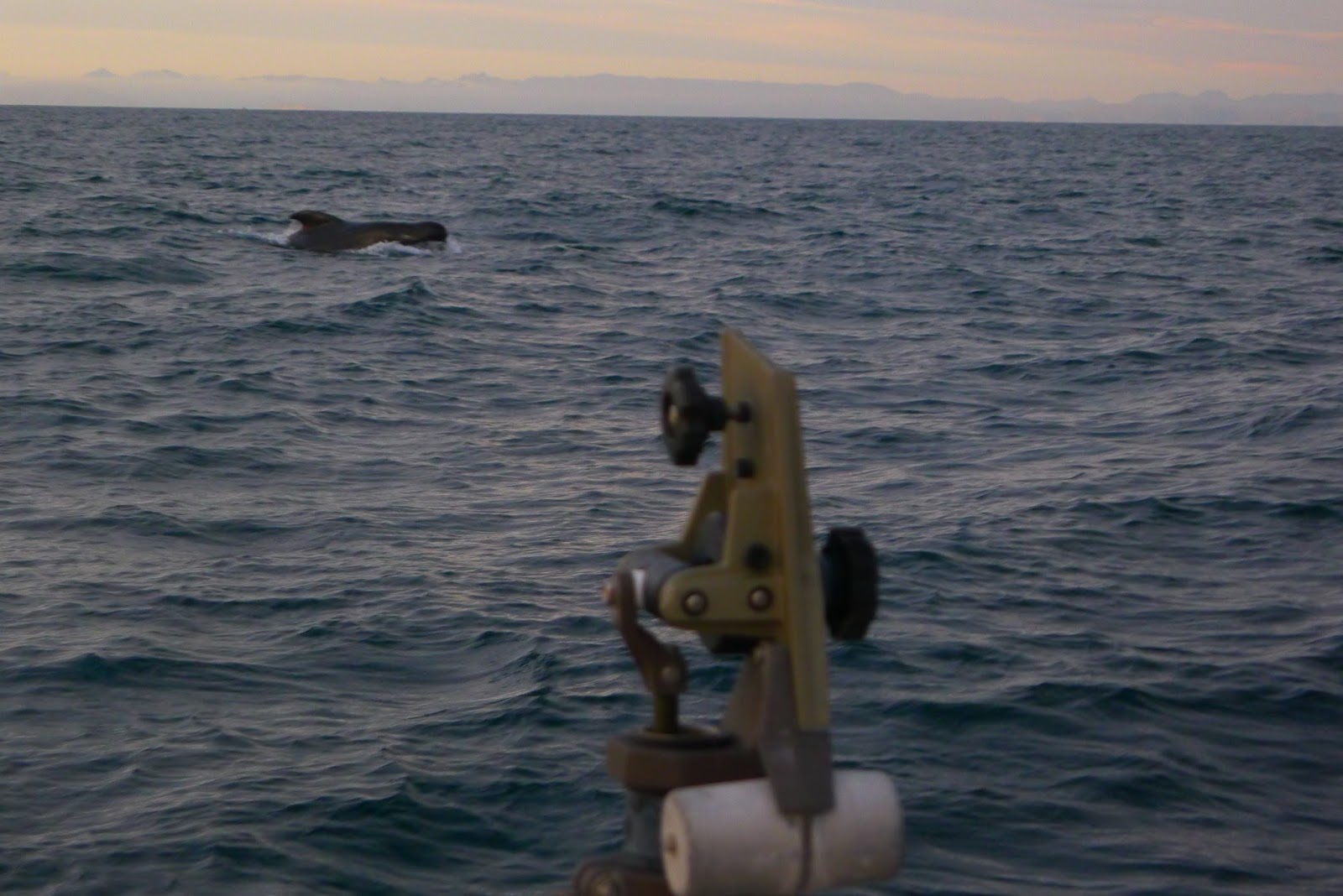 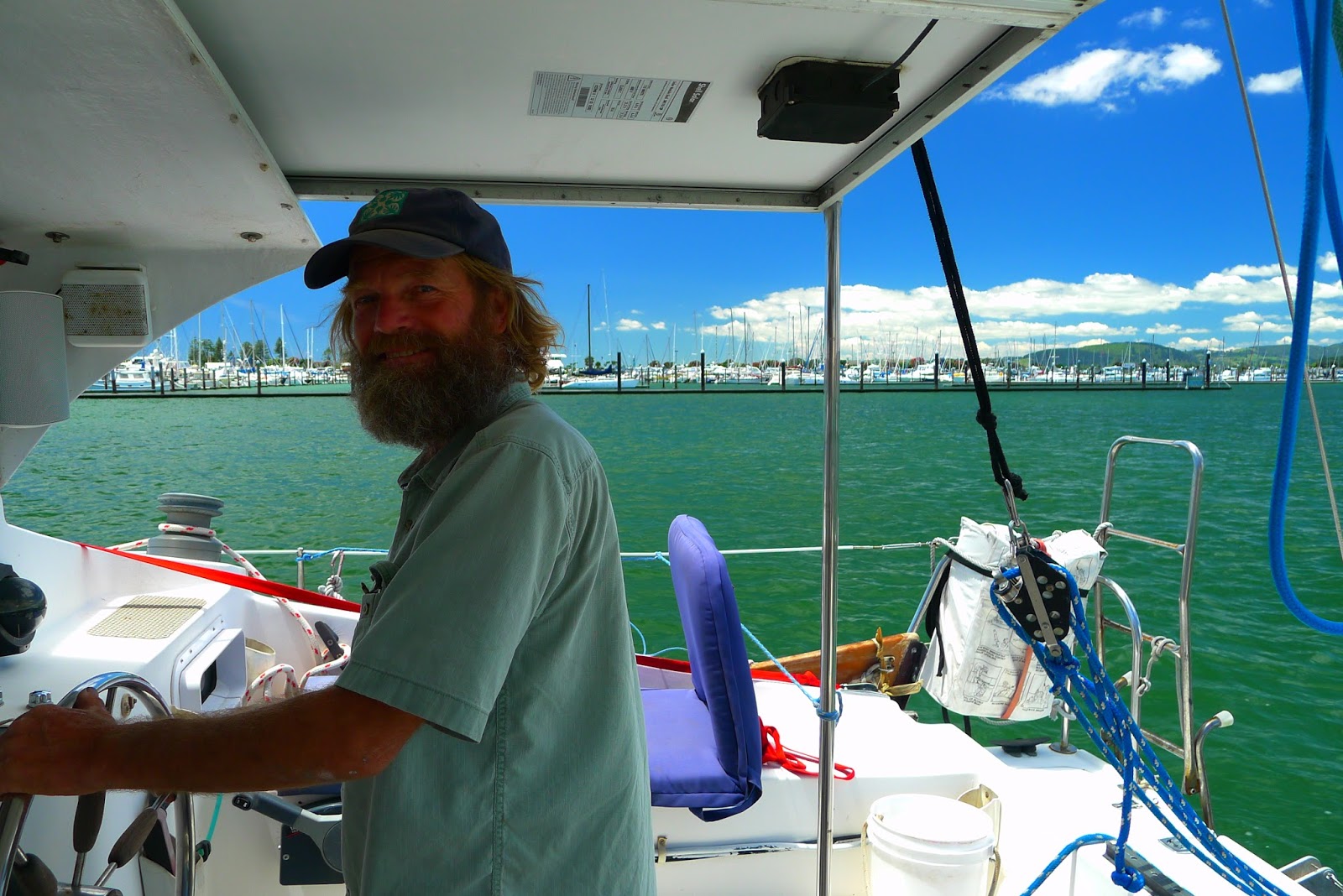 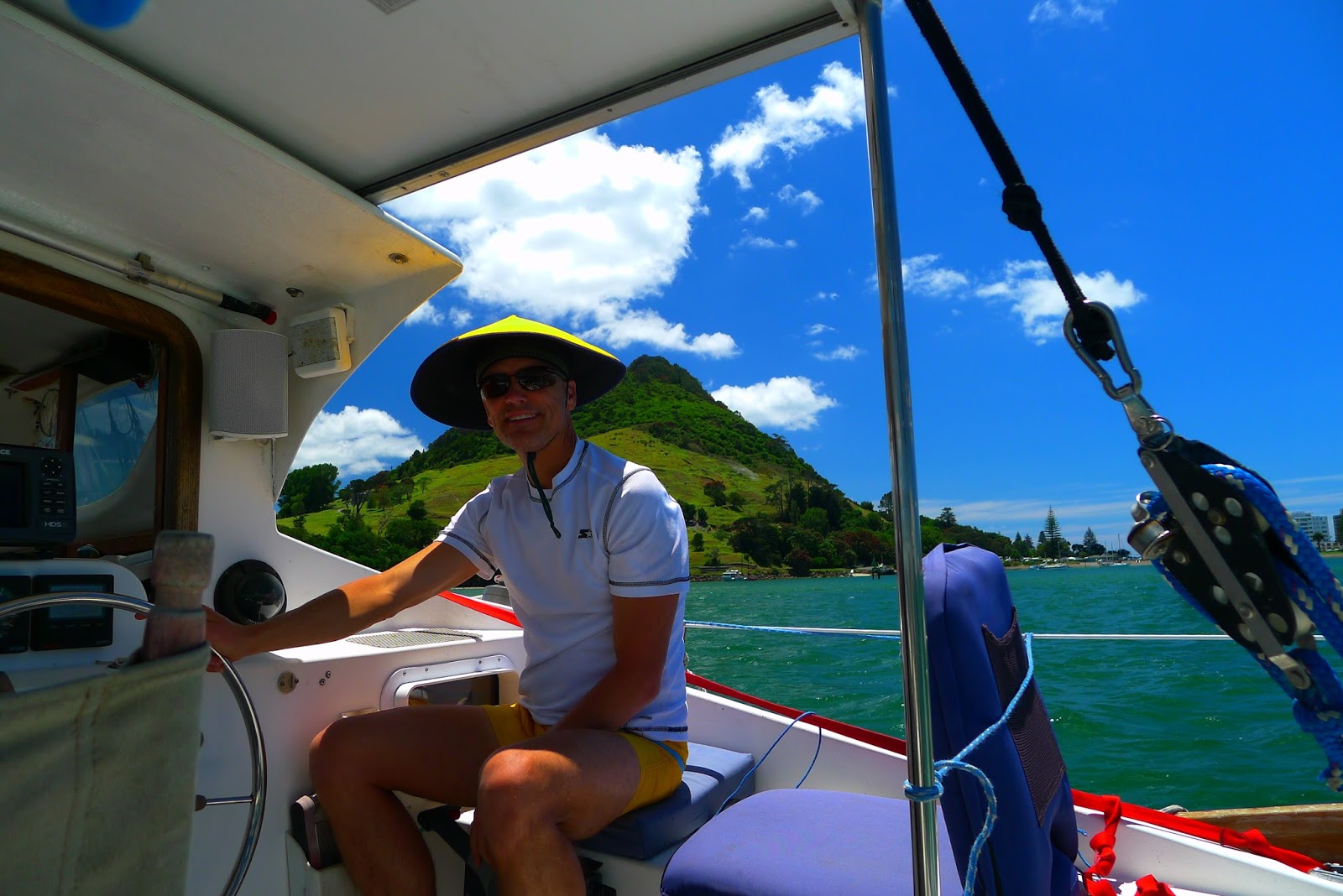 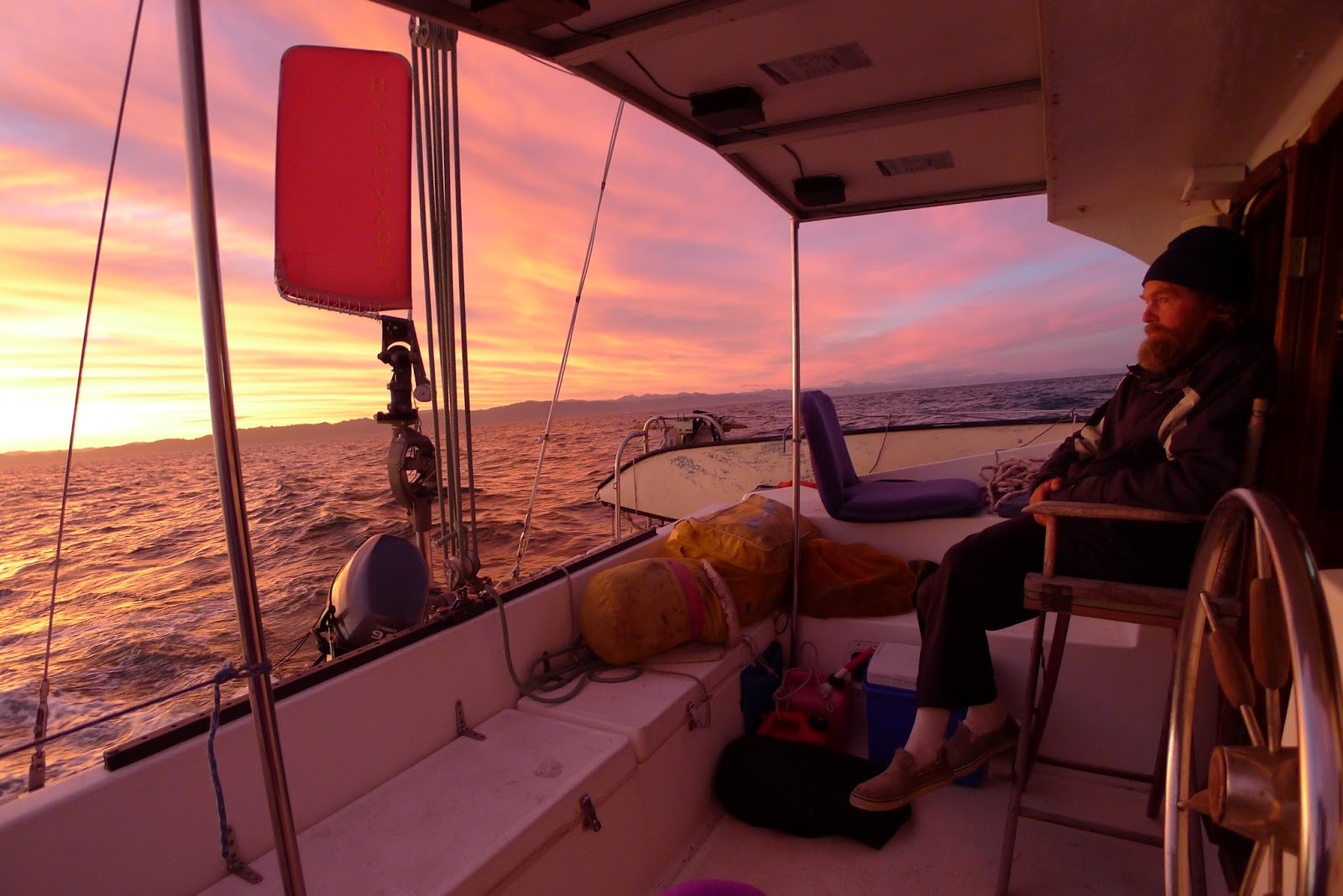 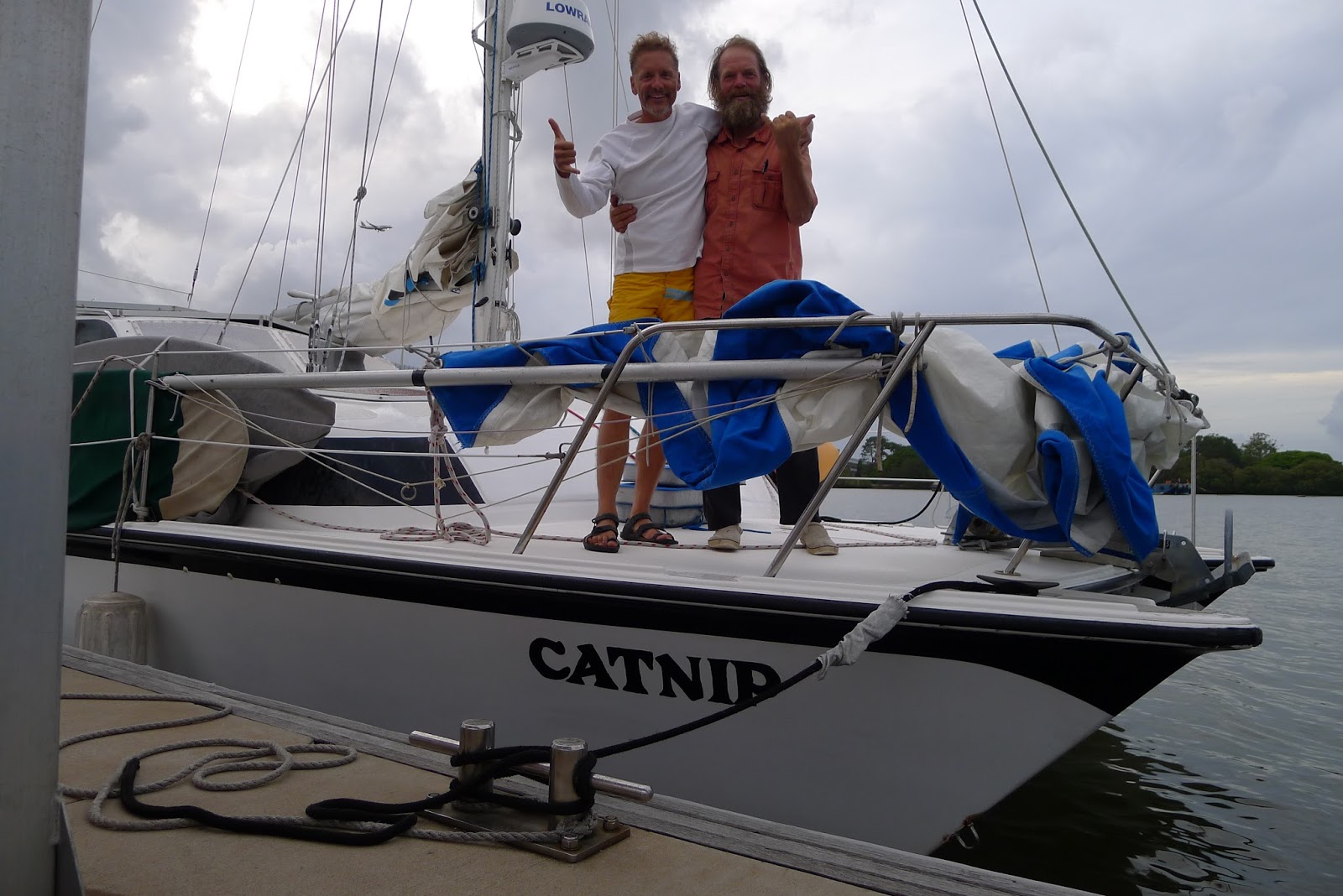 We are in Brisbane. I am sitting at the Queensland State Library exploiting the free WiFi. So we survived the Tasman Sea crossing. I don't know where to begin, in part because there is a lot to relate, but mostly I think because I have not yet processed the experience. When we departed Tauranga, I thought I had a 2 week contemplative meditation ahead of me, but in fact I achieved very little focused introspection. Most of my energy went into suffering the motion. I never got sick, but my body never really adapted to the motion.

It was about as perfect a trip possible. We were downwind almost every day and the winds were very reasonable. We got plenty of sleep and saw practically no traffic. I don't recall being scared once on the trip. We broke a rudder, but it was almost inconsequential.

We cleared Australian customs yesterday and quarantine this morning. Today is our first day back on land. The first restaurant we encountered was a Turkish restaurant that advertised vegetarian Imam Bayildi, which I took as an omen, so we just had a delicious eggplant and baklava.

Tomorrow we head for the Great Barrier Reef for a week of snorkeling, swimming, kayaking, surfing, paddle-boarding and easy jaunts from mooring buoy to buoy. No more distance sailing. We should be anchored every night from here on out. 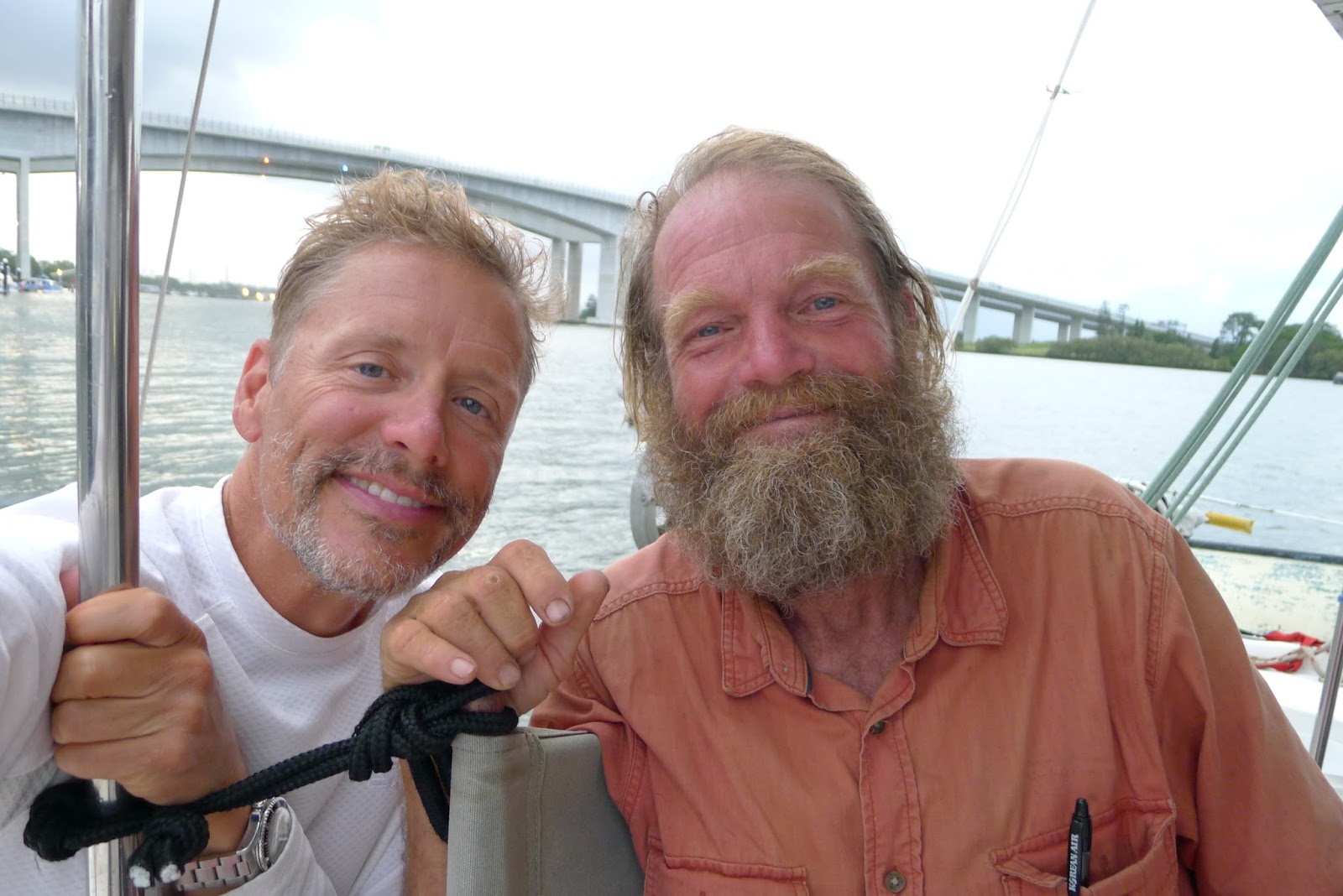