"Either way, you just have to be immoderate. Like, dress like a slut or a mogul, but don't dress like a mid-level regional sales manager, ever." - Jonathan Adler
0 comments 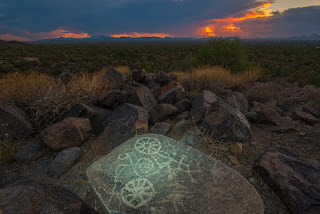 The clouds looked promising this evening, so I headed to Signal Hill. It didn't turn out as I had hoped, and there were lots of people milling about, so I didn't get my image, but it was lovely to be out photographing. I need to get out more.
0 comments 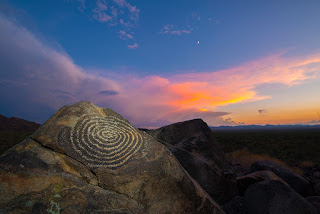 I have a vision in my mind's eye of the Signal Hill petroglyph underneath a pink and orange monsoon sunset. This evening looked promising, so I ran out there, a little bit late, but didn't get what I was hoping for. Still, it was a lovely evening. A beautiful rattlesnake was coiled up on the trail. I let him be and walked around him. As I was taking this picture, I watched some other folks coming down the trail from the parking lot. When they encountered the snake, they spent 10 minutes antagonizing the snake with sticks, then got back in their car and left without ever seeing the petroglyphs.
0 comments

From My Front Porch

My neighbor Roy getting zapped tonight: 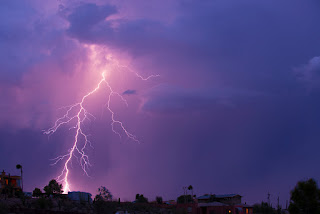 Working In The Field Today

I was in the field today measuring the resistance to remote earth of ground grids around transmission towers. There was a terrific thunderstorm going off to the southeast right at sunset making a magnificent double rainbow. I got my point and shoot camera out and was photographing the rainbow. No tripod, so this was all hand held. I saw a lightning strike in the distance and heard corona on the overhead shield conductor right above my head, so I knew the lightning was hitting the line I was working on. Catching a lightning bolt by pressing the camera shutter is all but impossible as are long exposures during the day without a tripod, so I switched to video at 30 frames per second hoping to catch a lightning strike. 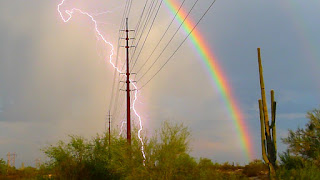 Update: Turns out, another photographer caught this exact lightning bolt from a location west of me. He posted his image on Facebook and it went viral. The story of his shot. His image.

Pretty photos (if you are a power systems engineer): 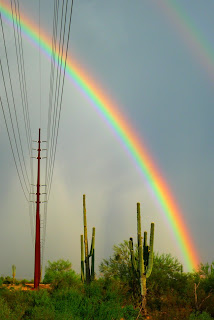 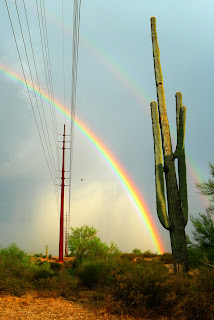 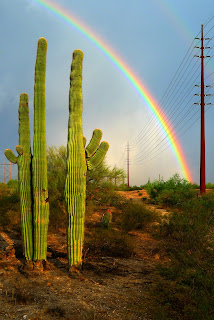 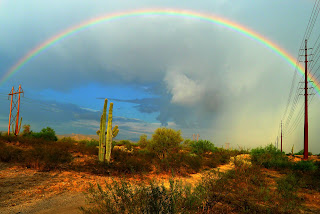 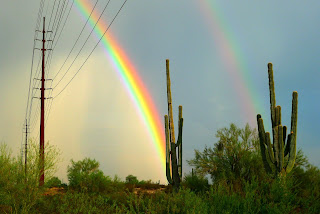 My Return to Flight