I finally put my digital field recorder to good use.

Photos are from Bosque del Apache a year or so ago. Sound is from Whitewater Draw yesterday. 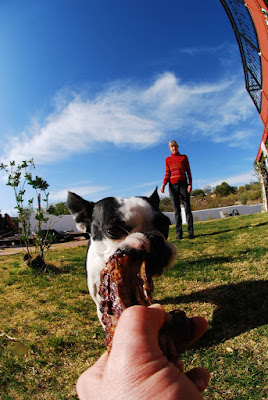 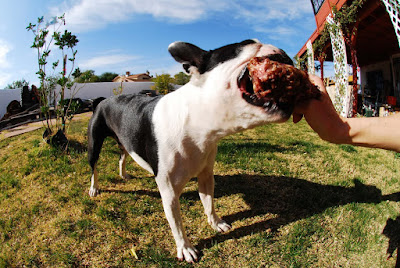 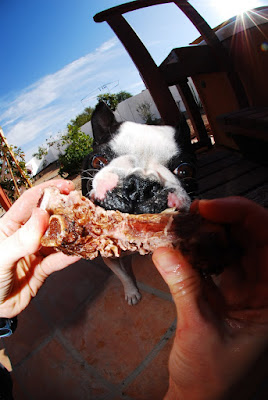 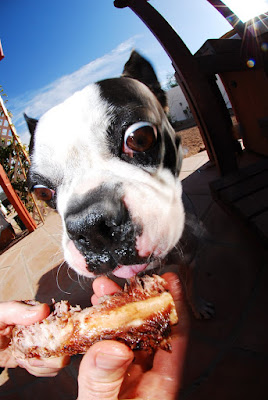 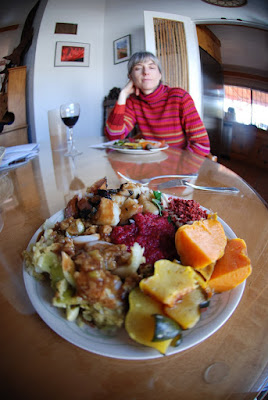 Went to Phoenix yesterday to watch Ironman Arizona. My college triathlon buddy, Chris Torregino, was there as a spectator cheering on his wife, Angie, in her first Ironman. It was great to see Chris after so many years - he looks great and is still as sweet as can be - and Angie had a great race. 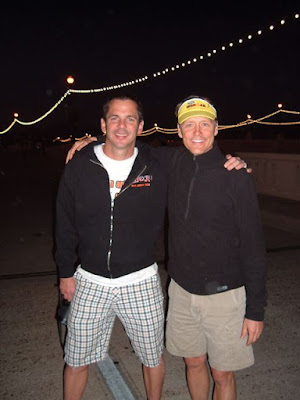 The experience was so inspiring, I signed up for Ironman Arizona 2010 today. My goals are:

Finish Ironman Arizona 2011 in around 10 hours and qualify for Kona.

The problem with Christians.

But we should be grateful they give us such opportunities for humor.

Thanks to Andrea for sharing the laughter.
0 comments

Banging my Spoon (On my Highchair)

Thanks for the emails. It’s not so much that I want to drop out. I want to change the rules of the game.

Some friends and I used to work together for a large corporation. One fellow did really well and will, no doubt, soon be running the place. The rest of us did not do so well and have moved on. The successful fellow immediately understood and accepted the rules of the game and very skillfully played his hand. The rest of us thought the game was folly (it was) and the rules did not apply to us (they did).

Obama is a very clever and shrewd fellow. He is very pragmatic. He has his ideals, but is willing to compromise. It doesn’t have to be perfect, just better.

I detest ideologues and fundamentalists, people blinded to reality by faith or belief. But it is a fine thing to have ideals.

So I guess it comes down to:
1. I have ideals.
2. I think the game, the system, is folly.
3. I recognize that the rules do apply to me.
4. I struggle to skillfully play the game to move the system toward my ideals.
2 comments

Take the whole of human experience – everything we are capable of experiencing (for if it is outside our ability to experience, what relevance could it possibly have for us?) – and split it into two categories:

Category 1: I stand in my backyard at night and look up into the sky. Gazillions of light-years away, hydrogen atoms fuse, a star burns, and photons zing across the universe at 3 x 108 m/s. Some of those photons strike my retinas and I see a star twinkle in the sky. Now I’m sure plenty of philosophers and theologians would debate what I am about to assert, but humor me and go with the flow. It seems reasonable to me that if there were no human consciousness to see the stars twinkling in the sky, the stars would continue to burn and eject photons, that is, they would continue to twinkle. So category 1 is this: All the things within the realm of human experience that would continue to exist, even if there were no human consciousness to experience them. So Category 1 things do not depend on human consciousness for their very existence.

Category 2: I went to my accountant yesterday. I had to file all sorts of paperwork for Hawaii General Excise Tax, the Arizona Department of Economic Security, the Internal Revenue Service, … And I was in a bit of trouble with a few of those agencies for failure to file the appropriate paperwork in a timely manner – I was three years late in one case. Following the law is not only tedious, but quite difficult. The laws are cryptic and obscure. It takes a specialist, a tax accountant or a tax attorney, who works with these laws on a regular basis to navigate through these nebulous obligations. But the government agencies want my money and we, collectively, have given them the authority to punish me for failing to share my wealth. And as I signed form after form, I thought, “How bizarre is this civilization we have created?”

The only way we know how to assign value is to monetize things. Global climate change is very real, yet we, collectively, won’t do anything about it until we monetize the problem with a carbon tax – cap and trade legislation. And what is money? Hold a dollar bill in your hand. It’s a piece of paper. It only has value because we say it has value. And legislation, the law, rules, and commandments … what use would they have outside civilization, outside of society?

And consider something like honor and shame. We have all had the very real experience of shame and yet, shame would not exist were there not human consciousness to create it.

So this is category 2: All the things within the realm of human experience that would not exist were there no human consciousness to create them; value, money, law, shame, good and evil, God.

I have not come up with good names for the two categories yet. My accountant suggested “Real and Artificial,” but rattling around in my head is something from engineering and mathematics like “Ordinate and Super-ordinate,” though I don’t think those are quite right either.

When I was in junior high, there was a girl, a classmate, Mary Lou Leggett. I don’t know exactly what happened to Mary Lou or what her clinical diagnosis would have been, but let’s just say she was different in such a way that many of the other children ridiculed and tormented her. It was horrible the way she was treated. I remember watching a kid who lived down the street from me, David McCaida, viciously tormenting her. One of David’s favorite insults was to call me a “Leggett Lover.” And while I never tormented Mary Lou, to my shame, I never defended her from the David McCaidas. I never was her friend. We, collectively, the children of Lake Jackson Intermediate, made life a very real, living hell for Mary Lou.

If memory serves me, I think at the end of Kurt Vonnegut’s novel Slaughter House Five, the protagonist is whisked away from earth and placed in a terrarium of sorts where he is studied by an alien species. This after surviving as a prisoner of war in a Nazi concentration camp. It’s been a long time since I read the book or saw the movie, but I think life was pretty good for the protagonist in the terrarium. Would that Mary Lou have been able to live outside us – society, our terribly uncivilized civilization, and all the Category 2 nonsense we create.

And yet when I leave the Zendo and go back into profane, civilized society, I have to function in Category 2. And I function quite well in Category 2. I’m no Warren Buffett or George Soros or John Paulson, but I do OK. Better than most. I have the potential to do really well, but here’s the rub: I disdain category 2. I would be a terrible lawyer or accountant or politician.

So what are my options?

Option 1: Drop Out. I have plenty of friends who have dropped out. They make just enough money to eat and live simple lives. They tend to be quite self-absorbed. Those who have successfully disentangled from Category 2 intentionally stay in the margin and thus don’t contribute much to the collective – as in monastic life. Most normally tread lightly and are not much of a burden to anyone, but they don’t have any sort of insurance or wealth, so when catastrophe strikes, they become dependent on family or society. Some are, in fact, parasites and they leech off their family or surrogate family (church). This seems like an easy escape from Category 2, but ironically, most of my drop-out friends are as preoccupied with Category 2 as everybody else.

Option 2: Sell My Soul. I could throw myself into finance, politics, and the pursuit of power, join the Young Republicans and the Moral Majority, and become a master of Category 2. Raise $20M to fight health care reform (true story).

Option 3: Schizophrenia. Live and function in the ego driven profane Category 2 and take brief respites to Category 1 at the Zendo. I think this is my current situation.

Option 4: Bodhisattva. To be in Category 1, yet function in the profane world of Category 2, contributing to the collective by working for everyone’s enlightenment. The ideal that seems impossibly distant. Geshe Michael. The Dalai Lama. Father Richard Rohr. Jacques Cousteau?

Option 4 is clearly the choice, but it seems impossibly difficult. There must be varying degrees of compromise a bodhisattva makes to be at peace and stay with the rest of us. It’s not black and white like Options 1&2. How does one find the right shade of gray?

Brother Norman recently commended a biography of Jacques Cousteau to me. I don’t know why, but I have a feeling my answer might be in the book. Or maybe just more ambiguity.

Our booth at the largest solar trade show in the world: 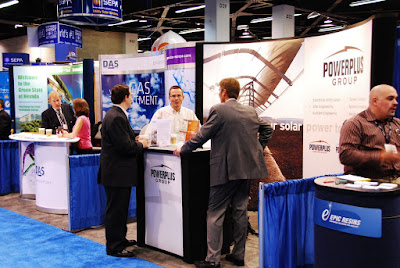