Bodhisattva, won't you take me by the hand

Geshe Michael gives a moving description of his first experience of emptiness and his subsequent realization that he creates his experience, his reality. Particularly moving is his vision of himself as a Bodhisattva, loving the world.

Joseph Campbell says, “The world is filled and illuminated by, but does not hold, the Bodhisattva; rather, it is he who holds the world, the lotus. Pain and pleasure do not enclose him, he encloses them – and with profound repose.”

The Buddhist notion that everything is “empty” and that the meaning/purpose/function that we perceive coming from external forms actually originates from our own mind is beautifully illustrated by a most famous Christian:

Journalist: You know you can’t save them. They will all die.
Mother Teresa: Your strength falters because you only see poor sick people. My love endures because I see Jesus Forsaken in his distressing disguise.

A book asked me today, “What do you want?”

“I want to let go of my attachment to bourgeois sensibilities – safety, comfort, convenience, fear, anxiety, the perspective of scarcity. I want the courage to live more, live better, live now, from a confident perspective of abundance.”

“I want to be an Explorer, Athlete, Mystic, Storyteller, Advocate.”

“I want to explore, have remarkable experiences, grow in my understanding, transform into a better person, live more, live better.”

“I want to transform the world into a better place.”

And then it hit me. I want to be a Bodhisattva, creating heaven on earth with my good karma.

The Bodhisattva “is filled with compassion for the self-terrorized beings who live in fright of their own nightmare. He rises, returns to them, and dwells with them as an egoless center, through whom the principal of emptiness is made manifest in its own simplicity.”

All very poetic and dreamy, but an unrealistic fantasy, correct? Like Geshe Michael’s body of light that never dies.

When the Buddha was on the verge of enlightenment, his antagonist, Mara, the lord of Desire, demanded to know what right he had to be sitting on the navel of the universe, the immovable spot, about to attain ultimate understanding. The “future Buddha only moved his hand to touch the ground with his fingertips, and thus bid the goddess Earth bear witness to his right to be sitting where he was.” The Earth, a metaphor for this life as it is – Calcutta’s lepers and all - bore witness and the Buddha attained enlightenment. “This our worldly life is an activity of Nirvana itself, not the slightest distinction exists between them.”

The Dharma is subtle and elusive. I have fleeting moments when it is crystal clear, but then I slip back into Mara’s world, the journalist’s world. But I know that Nirvana is right here right now. The other shore of enlightenment is no different than this shore of greed, hatred and ignorance. 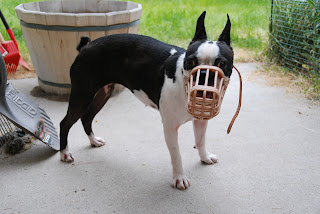 A census taker once tried to test me. I ate his liver with some fava beans and a nice chianti.
0 comments