March 1 was the 16th anniversary of the death of my friend Arjan. He was 40 years old when he died, and I was 31. I did CPR on him, a violent and exhausting ordeal, and there was blood and snot and saliva all over the place, so on the most fundamental level, his death was a traumatic experience for me. Arjan was my friend and we had a love-hate relationship. Whenever we would reflect each other’s light, we loved each other, and when we reflected each other’s shadow, we hated each other. We were kindred spirits in that we reflected each other’s light and shadow and we were both terrible narcissists, textbook examples of Jung’s puer aeternus, eternal flying boys too special for the boring earthly life of jobs and wives and mortgages, so on a deeper level, his death was traumatic in that I lost a soul brother. The deepest trauma of Arjan’s death, a trauma I struggle with even today, was the awareness of my unlived life that Arjan’s death brought into my consciousness.

I am going to die. Death can come at any moment. It could have been me that fell out of the sky 16 years ago, just as easily as it was Arjan. If my deathbed moment came right now, I would be full of regret because have spent my life trying to please other people, to earn external validation and approval, and not doing what is meaningful and fulfilling TO ME.

I know a woman that realized her enlightenment in a moment. She was in an automobile accident and totaled her car but walked away without a scratch. That was her epiphany. In a matter of weeks, she radically changed her life. Another woman, a groovy young yoga spirit, was terribly ill as an adolescent and thought she was going to die. Her doctor told her something to the effect, “If there is anything you want to do in life, do it sooner rather than later.” She is one of the most liberated, detached people I have ever met.

We each get to assign meaning to the experiences of our lives, and hours after Arjan’s death, I knew that I would use Arjan’s death to transform my life. I wish I had been able to springboard into a sudden liberation and change my life like my two female friends, but I am emotionally more like a third woman friend that spent years self-medicating and self-destructing and is now slowly, consciously, letting go of her old beliefs and trying desperately to be comfortable with non-believing.

And so it is that 16 years into my quest for liberation and salvation, my external life does not look terribly different than it did when Arjan died. My internal beliefs are very different, but intention does not count, proof is in action. I suppose change is as easy or difficult as we choose to make it, but in my case, it feels very complicated. What I have been unable to do for myself, life has, in the last year, done for me. All the folly I have constructed, the monuments to my ego and image, are being stripped away. Perhaps liberation has to be painful.

This is the subtext of my paragliding flight at Box Canyon yesterday. I have been wanting to fly my paraglider, to reengage with the playful adventurous energy of what I call my Explorer archetype, to remember Arjan and my commitment to use his death to transform my life, to try out a new video camera mount my Storyteller archetype invented. On the anniversary of Arjan’s death, the weather was ferocious - cold, wind, rain – but yesterday the forecast was perfect. I couldn’t find any pilots available to fly with me, so a non-pilot friend graciously agreed to go with me and mind the dogs while I flew.

We parked at the Landing Zone (LZ) and I hoisted my glider onto my back. Scattered throughout the LZ were the first yellow and orange Mexican poppy blooms of the season and scads of black and burgundy fuzzy caterpillars – Spring is upon the desert. I was expecting the hiking path to be overgrown and lost, but we found it well trodden and marked with green streamers. The hike to the top of the first knoll was steep and scrabbly, so I made the ascent alone while my friend and the dogs hiked around the flatter lowlands.

Someone has cleared a very nice northwest launch on the first knoll and I spent a few minutes studying the wind. There were very nice cycles blowing straight into launch with very light lulls in between. I thought if I launched right at the beginning of a cycle, I would be able to climb up the spine to stronger lift, but if I launched in a lull, I would probably have to scratch for lift and possibly sink out.

I set up my glider and harness and new video camera mount. I put on layers and layers of warm clothing, hot while standing on launch, but essential for an extended flight at altitude.

My first inflation of my wing behaved oddly, so I immediately set it down. I made sure I had good, symmetrical pressure across the wing and pulled it up a second time in a nice cycle. I was expecting to be yanked off launch and propelled up, and I was lifted off the ground, but I was immediately blown back behind launch, so the wind had more horizontal component and less vertical component than I was expecting. Flying between the century plant stalks, I crept out in front of launch and began exploring the air up and down the spine.

The wind aloft was surprisingly strong and straight up the northwest spine. I would creep forward ever so slowly flying into the NW wind and then zoom SE up the spine. In short order, I was well above the top of Mt. Alazzurra. I made a point of staying way out in front of the spine and the mountain, because at trim speed, I was barely making any ground speed. Up on top, the winds were due north.

After ten or fifteen minutes, I felt comfortable enough with the conditions to deploy my new video camera mount. I flew around for a relatively uneventful hour getting used to the camera boom swinging around in front of me. Given that the winds were quite strong with a lot of horizontal component, the flight was actually a bit boring because most all I could do was point into the wind and slowly drift east and west along the ridgeline.

About the time I would normally expect a glassoff to start, about 30-45 minutes before sunset, the north winds suddenly became much stronger. Immediately I noticed my negative ground speed and I got into the speed bar and pointed my wing NW to head for the LZ. Much to my distress, even with full speed bar, I was making no headway to the west and I was tracking south. As I drifted over the spine, I contemplated killing off altitude with big ears or a B line stall to try and get below the ridge line and stay on the windward side of the mountain, but I estimated that the increased drag of either maneuver would put me well south of the ridge line and right in the rotor. In retrospect, I could have considered working the lift as best I could to get as high as possible and then turning south and trying to outrun the rotor, but in the moment, I was fixated on staying to windward.

I stayed in the speed bar and suffered several lee side turbulence collapses. With each collapse, I moved further and further south, behind the spine. I had a spectacular series of collapses that ended in the worst collapse I have ever experienced in 24 years of flying. There was a moment when the wing was below me and I was falling straight into a huge rock outcropping on the hillside. Of course, I didn’t have contemplative thoughts in that moment, but I did have a very clear impression of how the coming impact was going to break my body. After that collapse, I decided I would stay off the speed bar and simply focus on keeping the canopy over my head and I would land wherever I came down in the desert.

The worst collapse I have ever experienced in 24 years of flying.

I spent the next seven minutes with the wing pointed west, drifting south, not trying to go to any particular place, just trying to keep my wing over my head and inflated. There was an overhead power distribution line to the north of Box Canyon Road and it looked like, of course, I was on a trajectory to reconnect with the earth right at the power line, but just to the north of the line, I found some lift and bubbled up and cleared the power line by several hundred feet.

Box Canyon Road was the cleanest, widest space around and I didn’t see any power poles or fence lines so I did big ears to kill off some altitude and had an uneventful landing right on the dirt road. After I landed, my hands were trembling and I wanted to experience and process my emotions, but immediately there was a car in front of me and I had to clear my glider out of the road and exchange pleasantries with the passengers.

So I live another day, but I don’t want to waste this intense experience. Like Arjan’s death, I want to use this brush with death to transform my life. One observation that came to me right after I landed was of a parallel between my emotional presence during the “ride” through the disintegration of my ego constructions this last year and the “ride” through the wing collapses in the rotor. Regrettably I got myself into these situations, I am up against forces much bigger than myself, and I have very limited control. It would be reasonable to feel panic and terror, but for multiple reasons, I am unable or unwilling to spontaneously have that experience, even offline when I am safe and secure.

I woke up in the middle of the night last night thinking about the big collapse and the “impression” I had in that moment of my body breaking the rocks on the hillside. In the next few days, I am going to meditate on my memories of that moment. Perhaps I will experience feelings that will inform my behavior and my life will be spontaneously transformed by intuition. Thinking certainly isn't getting me there.
1 comments

Spring in my Backyard 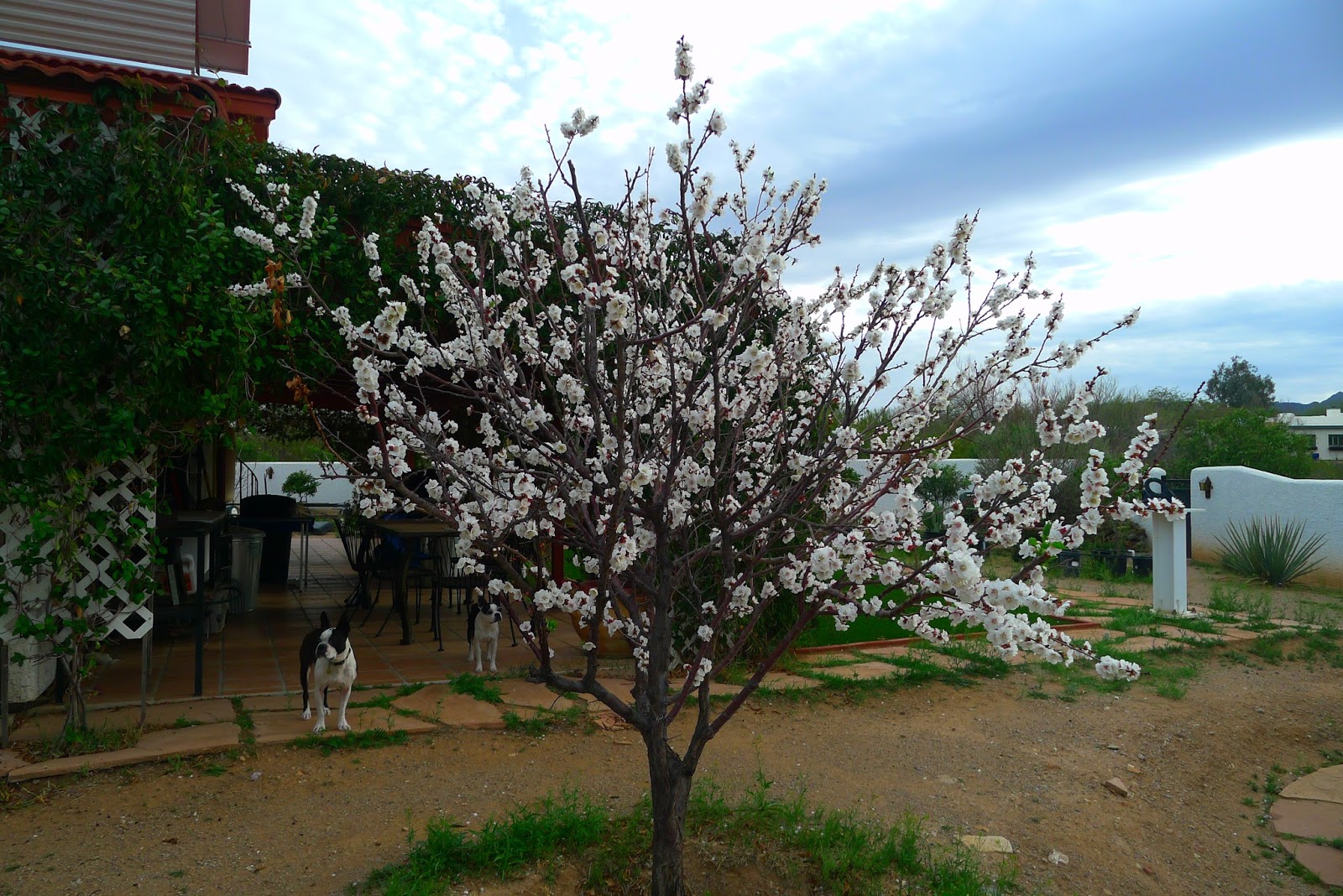 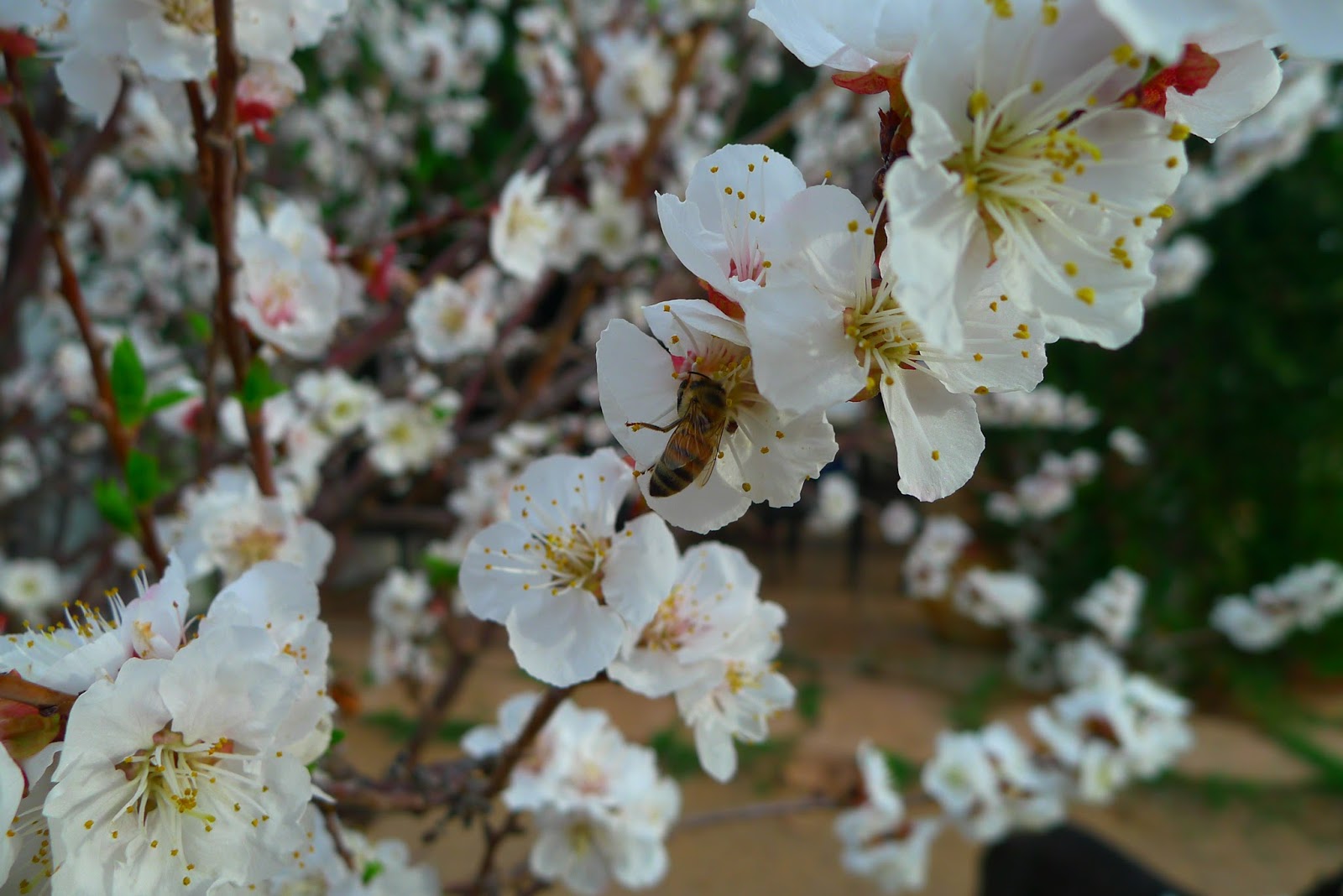 This is what heaven smells like. Texas Mountain Laurel. 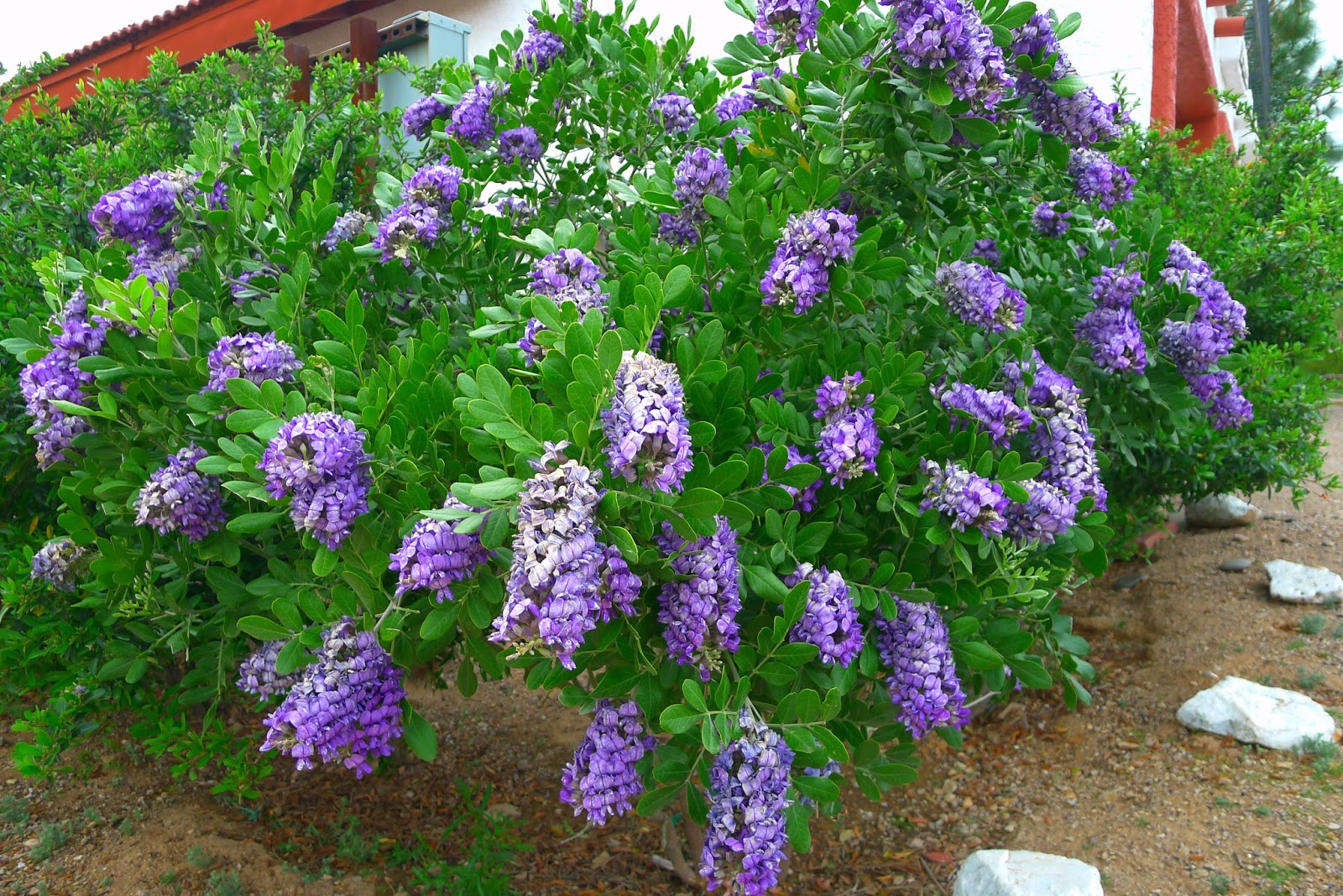