Once upon a time, there lived two remarkably gifted boys. Among their many talents, they could fly like great soaring birds, they could swim in the ocean like dolphins, and they could run like horses or camels across forests and deserts and mountains. The boys were most happy when they lived outdoors with wild animals, slept under the starry sky, ate wild mushrooms and drank snowmelt from mountain streams.

The boys knew they were special. Other people could not fly, nor had anyone else seen the awe-inspiring mountaintops and coral reefs that the boys frequented and contemplated. The boys thought that people should celebrate their abilities, perhaps even revere them as demigods, but the boys lived in a strange time and place. Years earlier, before the boys were born, during a time known as the Great Shaming, people suffered such terrible discomfort, difficulty and insecurity that they collectively decided to dedicate their lives to the avoidance of such suffering in the future. People were now so preoccupied with securing their comfort and convenience that they had no time or energy to appreciate the boys or their remarkable abilities.

The boys, unaware of the Great Shaming or people’s singular preoccupation with avoiding suffering, were very sad that people did not recognize them as exceptional and concluded that perhaps there was something wrong or defective with themselves. They abandoned their life in the wilderness that made them happy and set out to make themselves useful and valuable to people. They discovered that they had yet another remarkable gift - they could sense and anticipate people’s feelings – and they quickly mastered the ability to chameleon themselves into whatever people wanted them to be, usually a provider of comfort, convenience and security.

Being useful and valuable to people was validating for the boys, but a vague, chronic sadness settled in them. They missed the wilderness, but after years of living among people, they feared that solitude in nature would be more unbearable than loneliness surrounded by people. They had forgotten many of their gifts, taken on people’s fear and shame, and become attached to the validation they earned from people.

To lift their spirits, the boys would occasionally make small ventures into the wilderness. One bright, sunny day they were flying over a desert mountain and one of the boys flew straight into the sun. The sun burned off everything the boy had accumulated and returned him to his original being. Suddenly liberated from the oppressive burden he had forgotten he carried, the last remnant of the boy, the feeling of joy and ecstasy, returned to his beloved wilderness, not as the boy, but as nature itself. 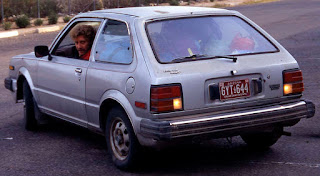 The remaining boy was profoundly sad. He had lost his kindred spirit. He realized for the first time that his vague, chronic sadness was because he would never receive what he wanted more than anything - to be loved as his authentic, remarkable self; that people were indifferent to his authentic self; that he had wasted years of his life chameleoning himself to be useful and valuable to people to earn their validation in lieu of their love for his authentic self. He became disdainful of people’s fear and shame and their petty attempts to avoid suffering. He longed to return to a life of solitude in the wilderness, but was filled with self-contempt when he found he lacked the courage and the confidence to do so.

The boy passed many unhappy years, continuing to make himself useful and valuable to people, earning their validation, but sometimes wishing for the liberation his kindred spirit had already achieved. And then, one bright, sunny day, the boy ran up the desert mountain where he had last seen his kindred spirit and stood naked on the mountaintop, bathed in the sunlight. He asked the sun to burn off everything he had accumulated and return him to his original being, and indeed, the sun burned away his attachments, his fears and his desire to be loved, but it did not return him to his original being. As he descended the mountain, he realized he was no longer a boy, but was now a man.

The man returned to the wilderness and lived in solitude. He contemplated the sky and the oceans, the deserts and forests and mountains, the wild animals. He contemplated his desire to be loved and celebrated. He contemplated his unhappy years of living with people, their fear of suffering and consequent efforts to separate and insulate themselves from nature, to domesticate and control nature. And he found himself awe-struck by the beauty of his experience and decided he would communicate his experience to people by storytelling, with the goal of burning away their attachments and fears and desires, of transforming their beliefs and behaviors so that they might live more, live better. And he did so, with tremendous gratitude to his kindred spirit for showing him the way.