I did the Tucson Marathon back in 2006 and reported my experience here. Eight years later I returned, so much wiser and more experienced. Not.

I had a few months of really good training under my belt when I signed up for the race, but I spent the last 6 weeks on the road, working in Kingman, Springerville, Elko, etc., so I had not run in 6 weeks. Wisely, I planned to do a 26.2 mile low stress jog. I wish I had read my 2006 race report to reinforce that prudent plan.

I was at the start on time this year, but intentionally was the last person to cross the starting line since I was just out for a leisurely jog. But right away, I got excited. I was passing the slow starters and I felt great. I was clipping off 7 minute miles and I could not slow down. A couple of miles in, I caught the 3:40 pacer and I thought, "This is where I need to be. I'll hang with the 3:40 group." There was a little hottie - blond pony tail out the back of her running cap, narrow hips, athletic legs - holding 8 minute miles and I thought I could run behind her all the way to the finish. But half way in, 13 miles, the course climbs some tough hills. I hung with the 8 minute/mile hottie, but those hills hurt me. And then I slowly unraveled and imploded.

I felt fantastic for the first half of the race that I covered in 1:46. From 15 miles to 20 miles, my fatigue slowed me down and at 22 miles we hit a ferocious hill and I blew up. The last 4 miles were a miserable walk of shame. The second half of the race took me 2:53. So I went from thinking I was going to run a 3:40 to actually turning in a 4:39.

I would have been better off jogging for 5 hours. 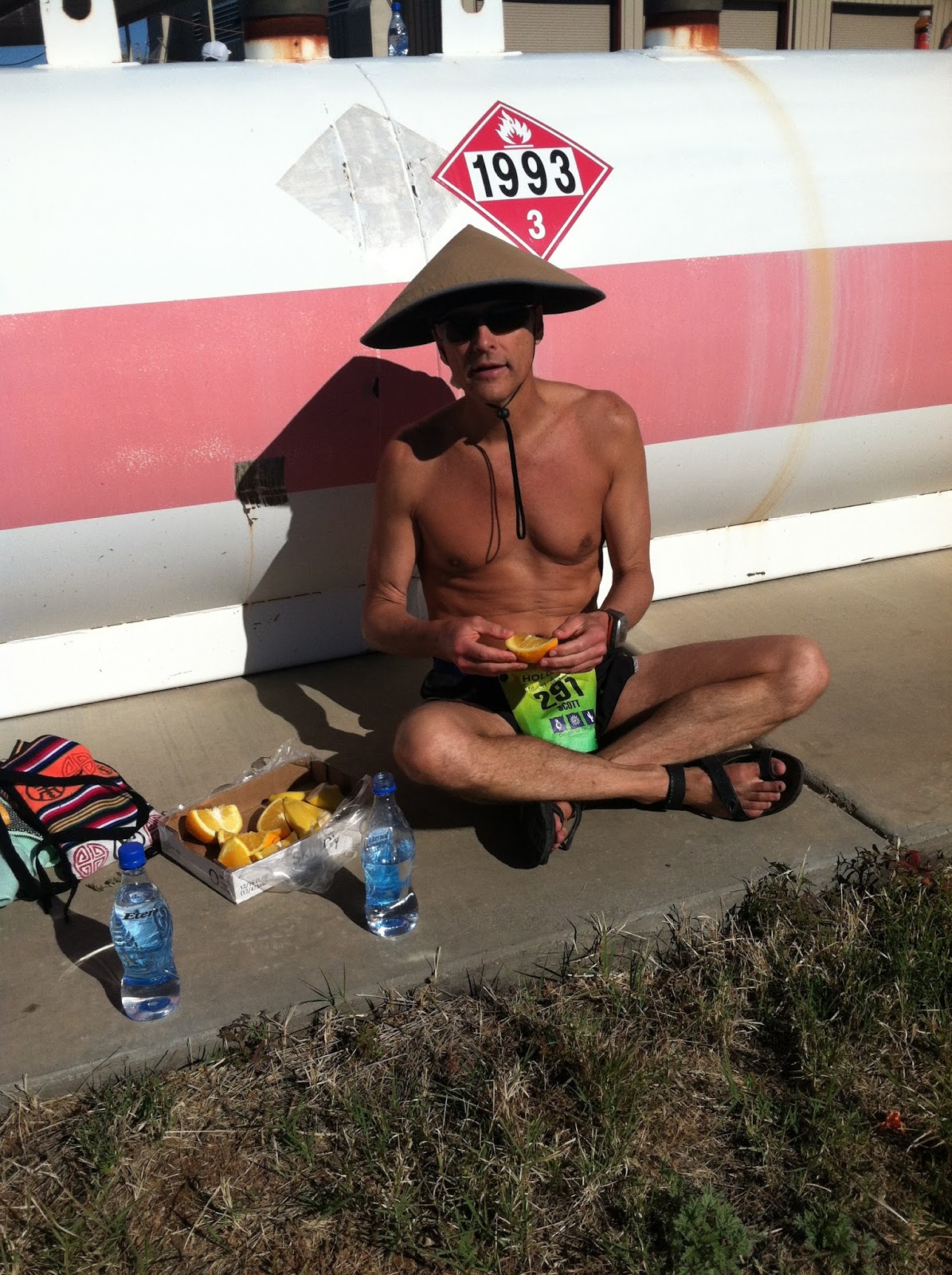 Post race banana and orange carnage in the beautiful Tucson winter weather. My running costume, mostly the hat, earned many comments, but a few people remarked on my sandals.

Photos of my race are here.